I’m going to say what we’re all thinking. The Flash TV series needs help. I’ve lost interest in The Arrow, Legends of Tomorrow and let’s just say Supergirl was a non-starter. Gotham, Doctor Who and Agents of S.H.I.E.L.D where are you?? Have you forsaken me for these new TV shows coming out this year? Well I can’t complain about the lineup it looks like most of these will tickle any geek’s fancy. Look out for a host of new DC adventures with Powerless. All aboard the new Star Trek: Discovery and my personal favourite coming out this year,  American Gods.

Marvel’s The Defenders follows the quartet of singular heroes with one common goal – to save New York City. This is the story of four solitary figures. Burdened with their own personal challenges. Who realize they just might be stronger when teamed together. 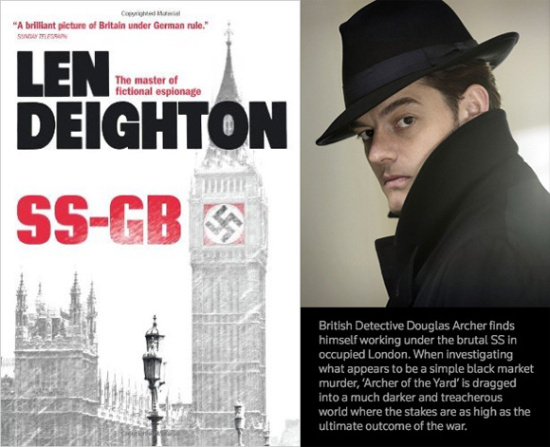 The Man In The High Castle fans should look out for this, a new adaptation of Len Deighton’s alternate history thriller SS-GB. Based on the novel telling the story of an alternate universe, what if the Germans had won the Battle of Britain? Sam Riley plays detective Douglas Archer, a widower who has to navigate a murky, murderous world in which his bosses are smiley Nazis. His colleagues may all be in the Resistance – and his sons are gleefully swapping swastikas at school.

Bond writers Neal Purvis and Robert Wade have adapted the novel, which imagines a version of the past. In which Axis powers won the Battle of Britain. Into a five-part miniseries starring Sam Riley, Kate Bosworth, Aneurin Barnard and more. Acclaimed German director Philipp Kadelbach is calling the shots on what promises to be a slick, stylish political story. 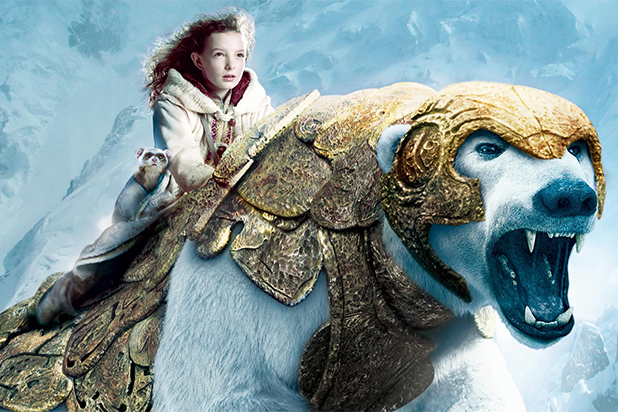 With little word on how this project has been developing since it was first announced towards the end of 2015. The BBC adaptation of Philip Pullman’s His Dark Materials on this pick of 2017 TV favourites may be a tad optimistic. But we’re sure you’ll forgive the over-excitement. The very talented Jack Thorne (National Treasure, The Fades, Glue, Harry Potter And The Cursed Child) is adapting Pullman’s fantasy trilogy for Bad Wolf Productions. Run by former Doctor Who heads Jane Tranter and Julie Gardner, who have big plans for this one.

This one promises to be that rare thing: a much-loved series of books adapted into an equally adored series. Fans shouldn’t miss it.

A darker-than-expected take on the Archie Comics source material, Riverdale’s teasers have gone for eeriness and atmosphere, which has led to Twin Peaks comparisons aplenty. We’ll be able to see if they’re warranted in a fortnight or so. Riverdale is the high school story of Archie, Jughead, Veronica and the gang, starring a collection of mostly promising newcomers. This teen drama comes written by Archie Comics’ Chief Creative Officer Roberto Aguirre-Sacasa and has Greg Berlanti of Arrow, The Flash and Supergirl executive producing.

In a world where humanity must cope with the collateral damage of Super Heroes and Super-Villains. Emily Locke (Vanessa Hudgens) begins her first day as Director of Research & Development for Wayne Security. A subsidiary of Wayne Enterprises that specializes in products that make defenseless bystanders feel a little safer. Full of confidence and big ideas, Emily quickly learns that her expectations far exceed those of her new boss. It will be up to her to lead the team toward their full potential and the realization that you don’t need superpowers to be a hero.

Action comedy Powerless is set in the world of DC Comics. But as the title suggests, focuses on non-super-powered folk. Alan Tudyk and Danny Pudi who also star in the series, which comes created by Ben Queen.

Talk about going outside the comfort zone for your superhero TV shows. FX has ordered eight episodes of Legion, a series about an unstable young mutant. The extra cool thing about this? Fargo‘s Noah Hawley is the showrunner. It’s also a co-production of FX Productions and Marvel Television. And who says broken fences between major media conglomerates can’t be mended?

Legion, based on the Marvel Comics by Chris Claremont and Bill Sienkiewicz. Is the story of David Haller (Dan Stevens), a troubled young man who may be more than human. Diagnosed as schizophrenic as a child, David has been in and out of psychiatric hospitals for years. Now in his early 30s and institutionalized once again. What’s not mentioned here is that David is the son of Charles Xavier and Moira MacTaggert. Well, at least he is in the comics. Whatever FX‘s Legion TV series connections to broader X-Men mythology, one thing is for sure: it won’t have anything to do with the movies. Given the uncertain nature of the movie universe’s continuity at the moment, that might not be the worst thing.

Danny Rand returns to New York City after being missing for years, trying to reconnect with his past and his family legacy. He fights against the criminal element corrupting his world around him with his incredible kung-fu mastery and ability to summon the awesome power of the fiery Iron Fist. Scott Buck (whose credits include Dexter and Six Feet Under) serves as showrunner for the Iron Fist Netflix series.

Very little is known about the plot of Star Trek: Discovery, but we know a great deal about its inspirations and thematic interests. Star Trek VI: The Undiscovered Country, a Cold War allegory, is reportedly a major influence on Discovery. The film’s writer and director, Nicholas Meyer, is onboard as a writer and consulting producer. Former showrunner Bryan Fuller, Gretchen J. Berg and Aaron Harberts have described the main theme of the season as “understand each other.”

In some form, Star Trek: Discovery will be about reaching across communication barriers to find understanding, even between enemies.

For those of you that have never read Neil Gaiman‘s American Gods, you’re missing out in life. The story takes place in the midst of a war brewing between old and new gods. The traditional gods of biblical and mythological roots from around the world are steadily losing believers. To an upstart pantheon of gods reflecting society’s modern love of money, technology, media, celebrity and drugs.  Its protagonist, Shadow Moon, is an ex-con who becomes bodyguard and traveling partner to Mr. Wednesday, a conman but in reality one of the older gods, on a cross-country mission to gather his forces in preparation to battle the new deities.

Bryan Fuller is shifting his attention from Hannibal to the American Gods TV series on Starz. Other creators behind the project include co-showrunner Michael Green. As well as fellow Hannibal alum David Slade behind the camera for the pilot. Among the cast are Ian McShane, Ricky Whittle, Emily Browning, Gillian Anderson and a host of other “of course it’s them” casting decisions.