The Last Guardian, an almost vaporware that everyone who owned a PlayStation 3 was desperate to play. Team Ico the studio behind the infamous puzzler, Ico and the gorgeous Shadow of Colossus on PlayStation 2, first announced The Last Guardian in a full magazine spread in 2007 and it was all aboard the hype train from there! 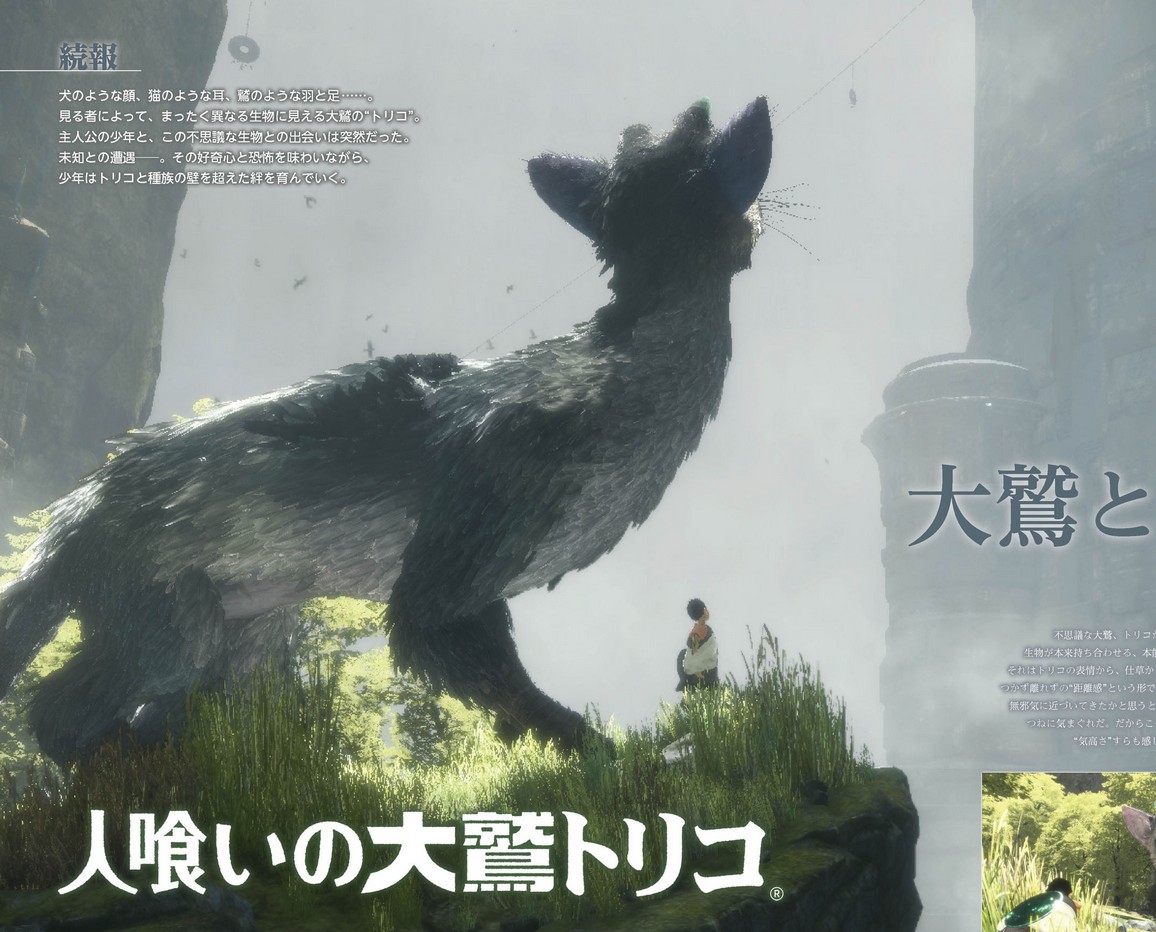 Come 2009, at E3, the first trailer for The Last Guardian was teased to us fans and our eyes exploded with wonder. The hype train went full steam ahead! We knew that Team Ico were masters with PlayStation architecture having delivered the wonders of Shadow of Colossus on a device that was barely half the power of the PlayStation so we were naturally excited to see the follow up.

It took almost a decade since the first magazine teaser but here it is December 2016, quick on the heels of the launch of Final Fantasy XV and it is…okay. And that’s the best way to describe it. It doesn’t quite live up to the hype and I think Team Ico, in some ways, knew that as well, with a somewhat muted launch. It didn’t help that it came just a little after the launch of Square Enix’s decade long effort as well. 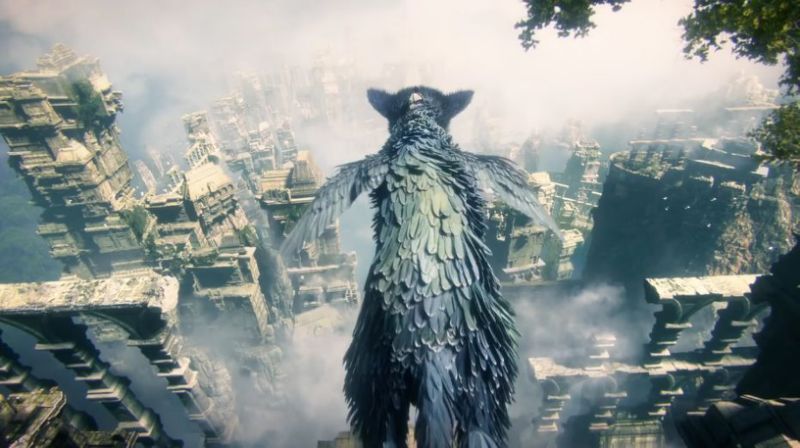 Unlike Final Fantasy XV however, The Last Guardian spent more time being developed initially for the PlayStation 3 and that is glaring in some of the controls and the inconsistent graphical presentation that can be seen throughout the game. Trico, your friendly cat dog bird creature looks fairly good throughout but the rest of the game except when overly saturated becomes quite dark and muted.

The controls feel a little clunky and you find yourself sometimes jumping in the wrong direction or trying to interact with certain objects. The hit points for interaction seem quite small and you have to be right there at it to get the prompt. While your control of the boy is cumbersome, being in “control” of a cat dog bird is even more frustrating. You’ll need to work together with Trico to overcome puzzles and you need Trico to be in certain places at certain times. And just like how you’d expect a cat dog bird to act…it does. I don’t know if that was the intention of the designers or intentional program and design but it makes the gameplay a little more than frustrating. You might have to step away from your console for a few minutes, try the same moves again and voila, Trico will do to a T what he refused to do the previous 9 times. 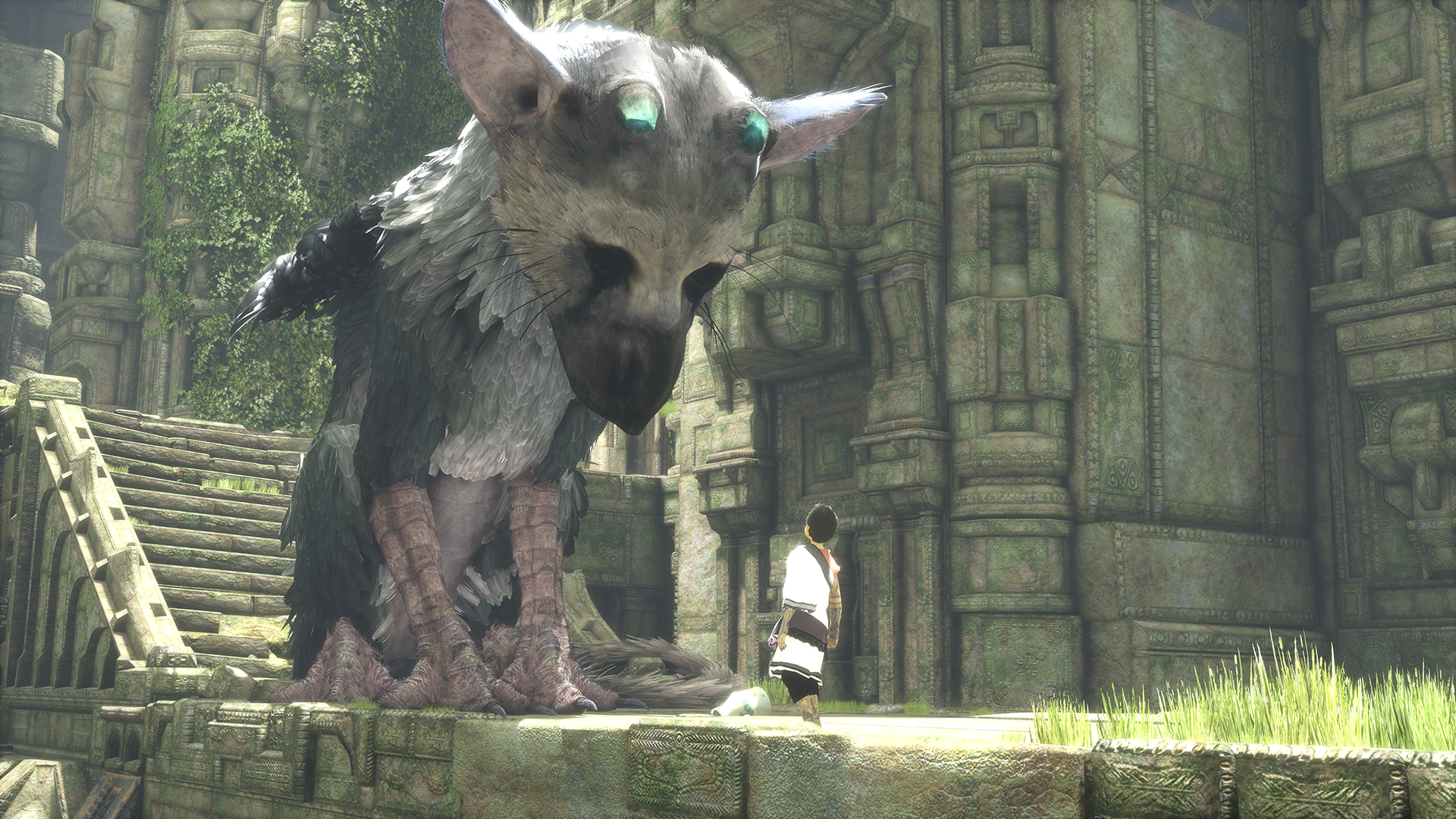 Storywise, as with any Team Ico production, you’re dropped into the middle of everything as you fall down and wake up next to a pierced and stabbed Trico and from there, you slowly build your friendship up (after getting batted around by a pissed off cat bird dog thing) over the game. You don’t really find out a lot about what’s going on around you for a big chunk of the game and everything is told through first person narration giving you hints throughout the game to help you through certain puzzles. They use a lexicon of different languages but sounds quite close to the language used in Shadow of Colossus.

One thing that truly stands out with this game though is Trico. Despite how aggravating he may be when he doesn’t do exactly what he should be doing, you can’t help but love him as you would any cat that doesn’t show affection to you. Begrudgingly, you build that relationship and he relies on you to be fed his barrels of food and to calm him down with pets when he gets agitated and you rely on him to get to high places or climb down his long tail to get down levels. It works when it works and that’s what this game is.

*This review was conducted prior to Patch 1.03