Super Nintendo World is opening in Universal Studios Japan. While the upcoming attractions are only going to be released in Osaka four years from now. We may not have to wait that long to get a better idea about what’s coming to the park. The first concept art from Nintendo has been released, and it’s looking very much like Mario’s world.

The Super Nintendo World image appears to depict Bowser’s castle. As well as the castle of Princess Peach of the Mushroom Kingdom. There’s also a mushroom shaped shop and the exterior of a large attraction that appears to feature Yoshis, Goombas, Koopa Troopas, and even a Thwomp! 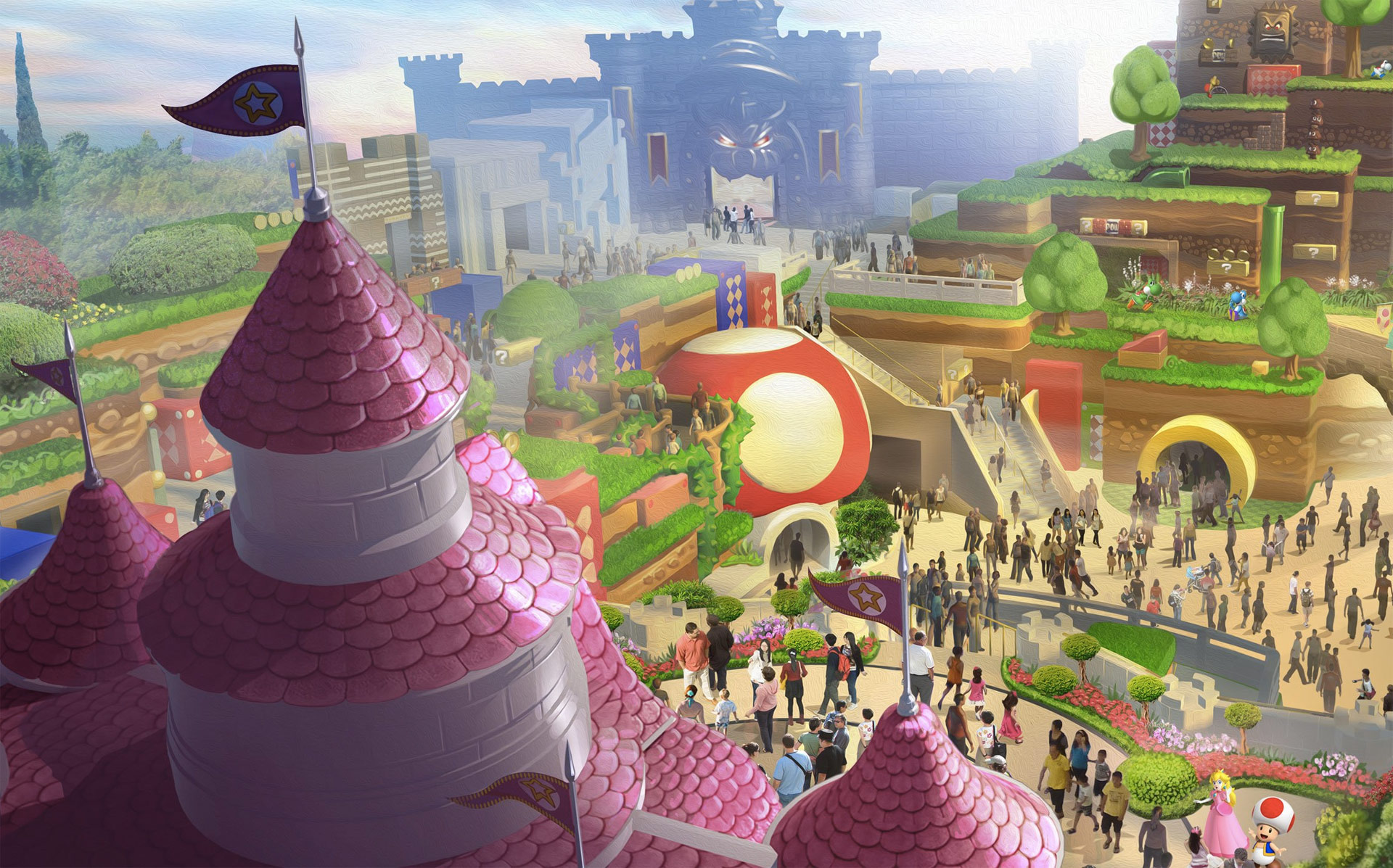 As much as we like what we see, it appears that Super Nintendo World probably should have been called Super Mario World. There’s no sign of anything non-Mario related in this illustration. But I’m hopeful to see some Legend of Zelda, Metroid, and even Pokémon attractions. But keep in mind that this is only concept art, and it’s entirely possible that Universal Studios will make use of Nintendo’s wide library of characters in the other corners of this expansion.

The good news for fans in North America is that Universal Studios Hollywood and Universal Orlando are also planning Nintendo-themed attractions. However, it’s not clear if that means the entire Super Nintendo World will be recreated at one or both of the domestic parks. But we’re definitely hoping to see Universal bring over the best Nintendo rides and attractions for fans to enjoy in America as well.

Universal Studios Japan has estimated that the Super Nintendo World will be open in time for the 2020 Olympics. Universal Resorts has not announced the dates for the U.S. Nintendo themed attractions.