Pokémon No Whip, With An Extra Shot To GO

“The world of Pokémon GO is about to expand with new Pokémon and a new Starbucks beverage.”

There have been rumors for a few weeks now about a big cross-promotion between Pokémon GO and Starbucks. A new leak on Reddit pretty much confirms from Starbucks employees, that it’s happening. What exactly is happening is still unclear, but here’s what we know so far.

The new partnership is turning practically every Starbucks in the US into a PokéStop or gym. Leaked documents suggest that the reason for this is that stores have seen an uptick in traffic and sales in PokéStop stores. So the idea is to replicate that wherever possible. A few Starbucks will be exempt from this due to technical reasons on Niantic’s end. But according to these documents “the majority” will now be PokéStops or Gyms. 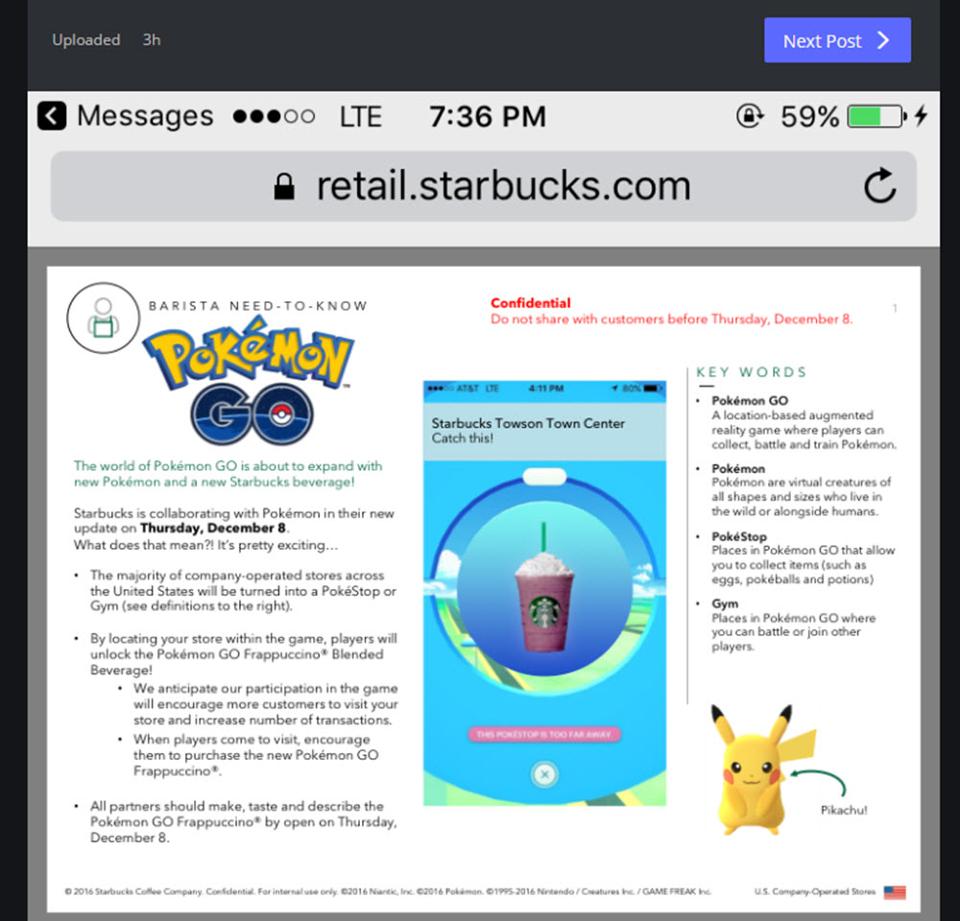 On top of that we’ll be getting a new drink at Starbucks. Uncreatively named the “Pokémon GO Frappuccino”. We’ve heard it contains raspberry and blackberry which…emulates the berry items in the game? In order to catch new customers?  I don’t know. But baristas are already being instructed on how to make it ahead of the beginning of the event, which is supposed to kick off this Thursday, December 8th.

It’s not clear if this deal means that Starbucks has earned the right to have all their stores be PokéStops permanently. Or if they’ll have to continue to pay to play going forward. I would imagine it would work out well for everyone if this was permanent. As the more PokéStops, the better the game is for everyone. But who can know the mind of a corporate marketing executive? 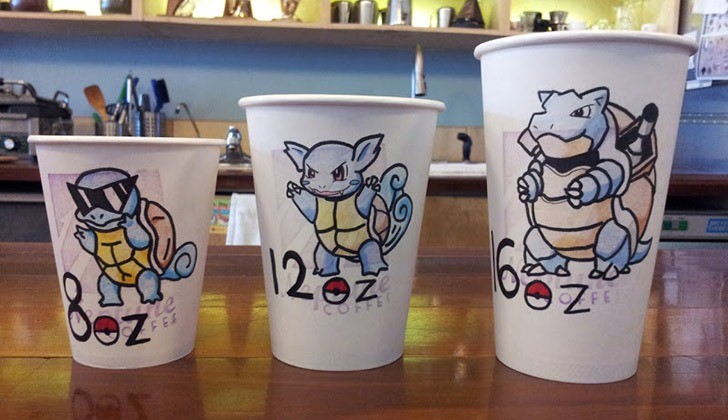 But on top of all of this, many players are on the edge of their seats wondering if this new branding deal will also be the kick off of some larger event in the game. Speculation has been that maybe, just maybe, Niantic will be releasing Gen 2 Pokémon on December 8th. Which would in fact make this deal with Starbucks a lot more valuable and relevant.

In the dead of winter, simply adding new PokéStops to the game would not really drive players into stores in droves. But launch this event with ~100 Gen 2 Pokémon? That’s a whole different story. While no, the game will likely never reach its popularity peaks in July and August. This would be the most significant event in the game since launch, and Starbucks would get a hell of a lot more out of this partnership. 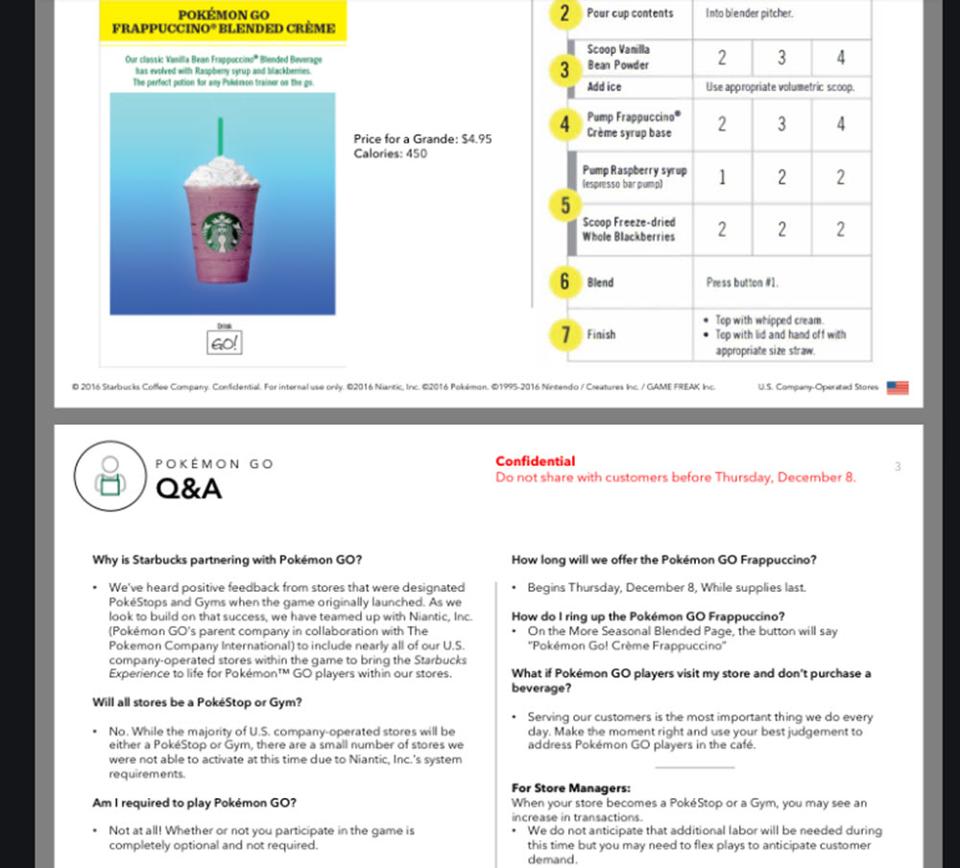 The only thing affirming that Gen 2 might be coming is the intro tagline on this document. “The world of Pokémon GO is about to expand with new Pokémon and a new Starbucks beverage.”

The Starbucks promotion is a perfect time to launch Gen-2. As this will probably lead into a Christmas/Holiday event soon enough. Which could be double candy or XP, that has already been proven to skyrocket engagement in the game. Add all those things up and I have to imagine that Niantic really does have a massive December planned for Pokémon GO.

The Starbucks deal almost certainly exists at this point unless a zillion employees are lying. But what it might bring to the game other than new PokéStops is the real story here. We might be on the eve of the biggest Pokémon GO update in the game’s short history and not even know it. Either way, it seems that in just a few days, we’ll know a whole lot more.