Warning: The Force is strong with spoilers. Don’t read if you haven’t watched Star Wars Rogue One.

I’m not even going to go into how amazing the Rogue One: A Star Wars Story is. Plot, fan service, character development, everything was amazing. It’s a fitting tribute to the original Star Wars series.

Although Gareth Edwards admittedly cut back on the number of Easter Eggs that he chose to include in Rogue One. The film still has plenty of awesome winks, nods, and references for fans of the franchise. Check out the Top 10 Star Wars Easter eggs in Rogue One.

If there is one food item in the entire Star Wars universe that has become utterly iconic since the days of A New Hope. Then it has to be blue milk, which is obtained by milking Banthas. Although it pops in and out of the frame incredibly quickly during a scene at the Erso‘s abode. It’s still there — and it looks as gross as ever. It’s a small detail, but it creates an amazing sense of cohesion within this universe. 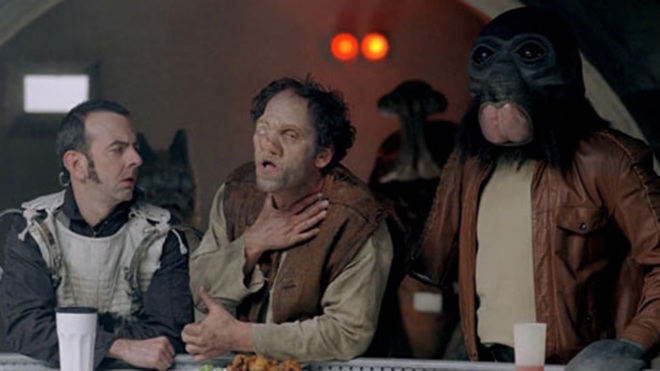 Those two names might not sound familiar to you, but if you’ve seen A New Hope you’ll definitely remember their grotesque faces. For those of you who don’t remember, Ponda Baba is the thug in the Mos Eisley Cantina who didn’t like Luke Skywalker. And Cornelius Evazan is the other thug who made sure Luke knew it. Although their appearance in A New Hope ended with some serious bodily dismemberment, Rogue One showcased them on Jedha. Seemingly only a few days before they made their way to Tatooine for that fateful encounter.

There’s a strong case to be made that the guys who work in the firing chamber of the Death Star have the worst jobs in the entire galaxy. Not only do they barely have any room to stand before facing a steep drop off (with no railing to protect them). But they also have to contend with a planet-destroying blast only a few feet away from them every time the main cannon of the battle station fires. The image of these men standing on their platform has become iconic since the days of A New Hope, and Rogue One honors that legacy by showing a nearly identical shot when the Death Star fires its main weapon.

Any number of iconic Star Wars pilots could’ve appeared during the events of Rogue One, but the coolest appearance had to be the one made by Jon Vander a.k.a Gold Leader. There’s a ton of dramatic irony watching him fly to victory in Rogue One when we consider the fact that Darth Vader kills him during A New Hope. But it’s still one of the coolest (and most logical) cameos in the entire film. Besides, it’s just awesome to see the Y-Wings back in action. 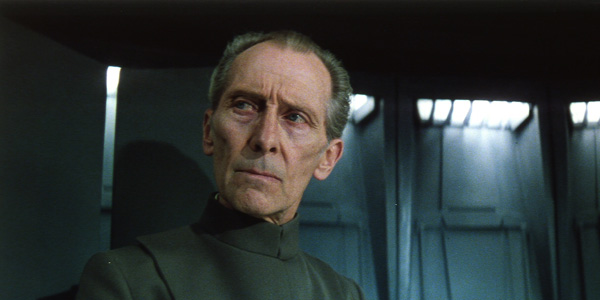 The presence of Grand Moff Tarkin in Rogue One was established during its marketing campaign (long before the release of the film). But we didn’t expect him to play such a vital role in the overall narrative. In fact, we anticipated something more along the lines of his brief, distant cameo in Revenge of the Sith. The CGI stand-in for the late, great Peter Cushing is frighteningly close to the real thing. And it serves as a glorious homage to a bygone era of Star Wars.

If you thought the Grand Moff Tarkin CGI cameo looked good, then you probably found yourself floored by the CGI recreation of young Carrie Fisher. I know I was amazed by it. Although she only appears on-screen for a brief moment, the Princess Leia cameo serves as a perfect way to cap off the Rogue One story. Letting it bleed perfectly into the opening moments of A New Hope. Thus creating a seamless transition between movies. It’s a beautiful passing of the torch, and it’s handled perfectly by director Gareth Edwards.

“You May Fire When Ready”

The mere presence of Tarkin isn’t the only Easter egg that the Grand Moff provides Rogue One with. In addition to Peter Cushing‘s haunting visage, the character also utters the phrase, “You may fire when ready”. When the Death Star shoots its massive laser. This line is spoken with the exact tone and cadence as Cushing‘s line in A New Hope. Instantly conjuring images of the horrifying destruction of Alderaan in our minds.

“Never Tell Me The Odds” 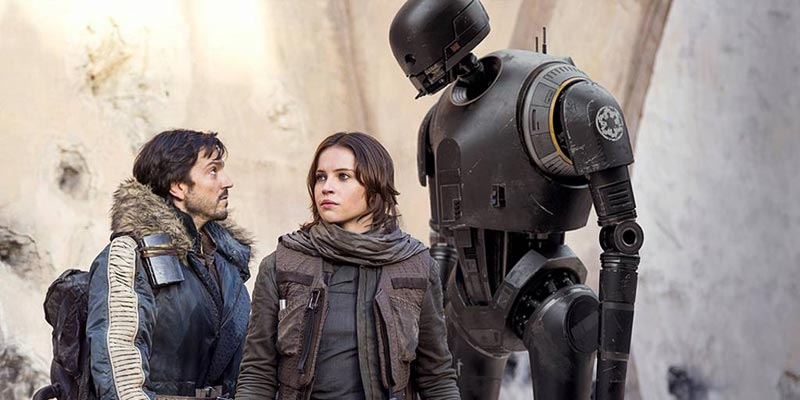 Droids love making mathematical calculations, and K-2SO is no different. When he learns that Jyn Erso has snuck a blaster onto his ship. He turns to Cassian Andor and asks if his companion wants to know the likelihood that Jyn will turn the weapon on them. Although it’s not a verbatim homage, this moment is very clearly a reference to the moment in The Empire Strikes Back in which Han Solo yells, “Never tell me the odds,” to C-3PO.

Bail Organa references reaching out and contacting an old friend who “served him well” during the Clone Wars. To prepare the Rebellion for their battle against the Death Star. Although he’s not specifically referenced by name, we all know that Organa is talking about the legendary Jedi master, Obi-Wan Kenobi. Like so many other Easter eggs on this list, it serves as a great way to set up the events of the next film in the series and creates a perfect transition to A New Hope.

R2-D2 and C-3PO have a habit of finding themselves caught up in the middle of the galaxy’s most important events. From Episode I all the way through Episode VII this rule has been true. Rogue One continues that tradition by briefly showing them in the X-Wing hangar at the Rebels’ Yavin IV base. They only get a quick moment on screen, but considering how the movie ends, I think we all know where they end up by the end of Rogue One‘s story.