I was surprised to see that Square Enix opted for this particular Chibi style of art. It’s for a lack of a better word, cuteism. I would have to say that it’s definitely a style that would cater to the more casual gamer audience. It’s kinda hard to tote your ‘Hardcore Gamer’ badge when you’re playing with an adorable bobble headed Cloud Strife. Check out some of the

World of Final Fantasy is set in the world of Grymoire, a land populated by squishy glassy-eyed characters and monsters from all across the Final Fantasy series. You play as the twin siblings Lann and Reynn, who in classic JRPG style are suffering from amnesia. They alone hold the power to capture the monsters of Grymoire, called Mirages.

Outsiders to Grymoire are called Jiants and the general population Mirages. Jiants have the ability to transform between their true form and stylised chibi form.

The old school turn-based Final Fantasy gameplay returns here. As players strategize each round to take down enemies. You can “stack” your Mirages on top of each other to combine skills and increase your health bar. Think Power Rangers Voltron but stacked vertically. Each level or “stack” is divided into small (S), medium (M) and large (L). You have the ability to “unstack” in battle because toppling over will stun your characters and make them miss their turns.

Scrolling through the menu is a norm each round too as you’re able to choose your actions like using an item, attack, and escape. If you want a quicker menu, you can press L1, this will map the essential actions like attack, capture, and items to dual shock 4 buttons. One twist that I like that they have included here is the ability to remap each button to the actions that you use the most, to speed up the battle.

And speed up the battle they need. Although the game has turn based battles, the way it handles it is a little different. There is a bar on the right side of the UI when battle, ensues and on it are character icons. A character takes its turn when it reaches the top of the bar. The wait in-between character turns can take a second to three depending on the character’s speed. This is great for strategizing on what to do next.

World of Final Fantasy keeps to random battle encounter that we all love and hate in Final Fantasy games. Battles can randomly pop up anywhere in the world as long as you are away from city or safe zones. This makes backtracking a chore as battles can pop up anytime when all you want is to just make it back to the other end of the map. Oh, the nostalgia. 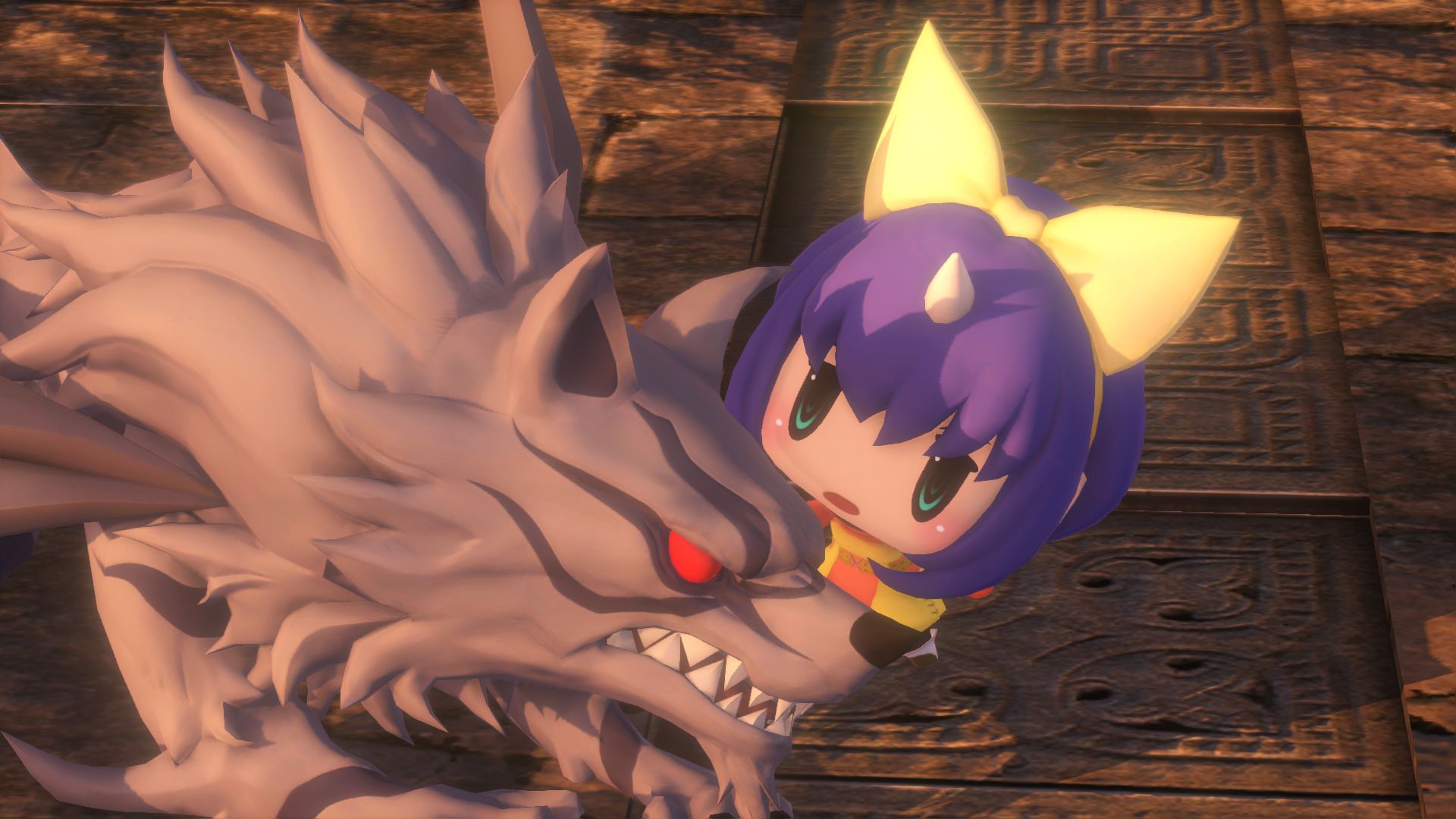 Capturing Mirages is akin to the Pokemon or even Ni no Kuni system. Where players can search for new Mirages, level them up and even evolve them. As with the aforementioned titles abilities will play a part when building your team. This will please players who enjoy the collection and discovery aspect of monster hunting.

World of Final Fantasy does not disappoint in content. After about 8 hours I’ve barely even covered half the game! The story is easy to hop into and does a good job paying homage to the previous Final Fantasy series. There’s a great list of cameos for those long time Final Fantasy fans. 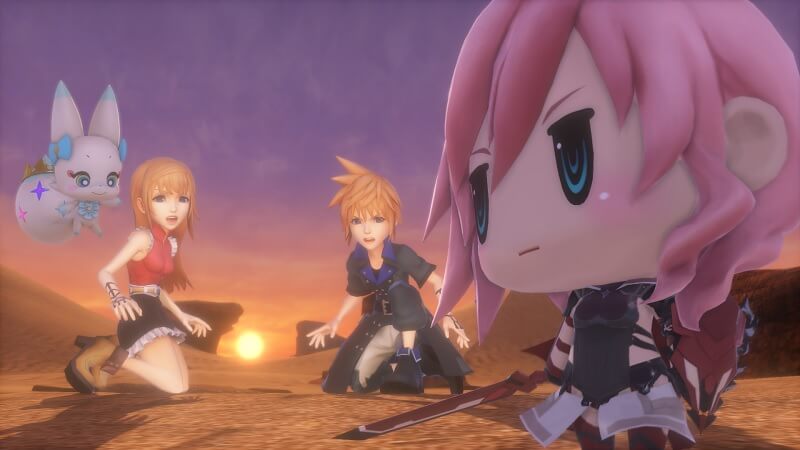