A fast action shooting mobile game that pits you against all sorts of cat vomiting, spaghetti monster space enemies to battle for total galactic domination! Fly your jetpack, blast your enemies and dodge those nasty bullets as we collect all the Hex Coins and Hex Crystals needed to summon your space crew from the magical infinity toaster! (Whatever they’re on I want some).

We met the dream team that is Weyrdworks Studio last month at Casual Connect where we proceeded to blast the space stuffing out of all on comers! The simplified motion controls we’re happy to say have remained the same, with only three button controls, the game is easy to pick up but definitely difficult to master.

The first button allows you to fly your jetpack up and down the screen, the action button fires blasters and if you hit those floating power-ups, bigger blasters and last but not least the dodge button which allows you to dodge enemy bullets, meatballs, discs or whatever they’re throwing at you. The game is fast-action fun where you can either travel through warp speed destroying space puffs or PvP your friends to blast them away! No, literally after this you may not have friends anymore. 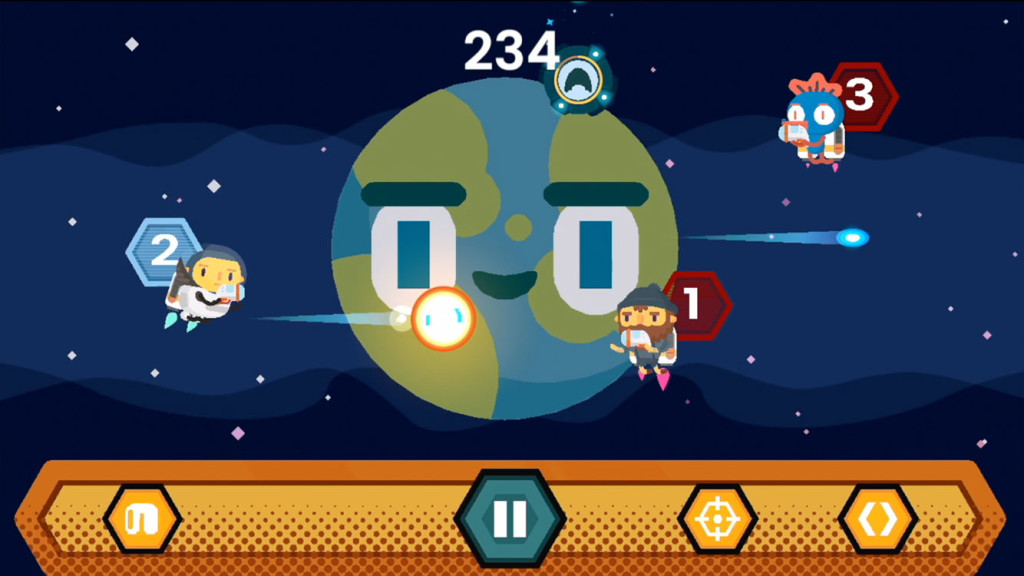 The quirky graphics and flawless animation polishes this game to a high sheen, a definite must for any avid action mobile player. My favourite part by far is unlocking all the Puffs! You see that cat down there? That embodies me enjoying the game; yup I #GotPuffed.

Super Steampuff was developed in Malaysia between the brilliant minds of Shawn Beck and JT Yean and will be out later this month on June 23rd on the App Store for USD$2.99.