With its purchase of game streaming platform Twitch and its own development studio, it’s clear that Amazon wants to be a player in the video game world. But now they’ve rolled out something I don’t think anyone was expecting, their own free game engine called ‘Lumberyard’.

The announcement makes a few things suddenly add up. Last April, it was reported that Amazon had shelled out tens of millions of dollars to license CryEngine, paying enough to essentially keep the company afloat during a period of financial difficulty. At the time, no one really knew what their plans were for CryEngine, but most assumed their dev studio would use it to build some games. No one predicted that they would be using it as a base for their own new game engine that they’re now handing out for free.

Lumberyard is based heavily on CryEngine, it turns out, though Amazon maintains that from here on out, it will go in its own direction, and it already has some non-Crytek pieces to it. The arrival of Lumberyard is something of a big deal for the industry, as usually when an engine debuts at this level, it has some hefty licensing fees attached. Previously a CryEngine license could cost a million dollars or more, and other engines like Unreal or Unity also have licensing fees. Yet Lumberyard is free, and there isn’t even a revenue sharing requirement with Amazon in place. 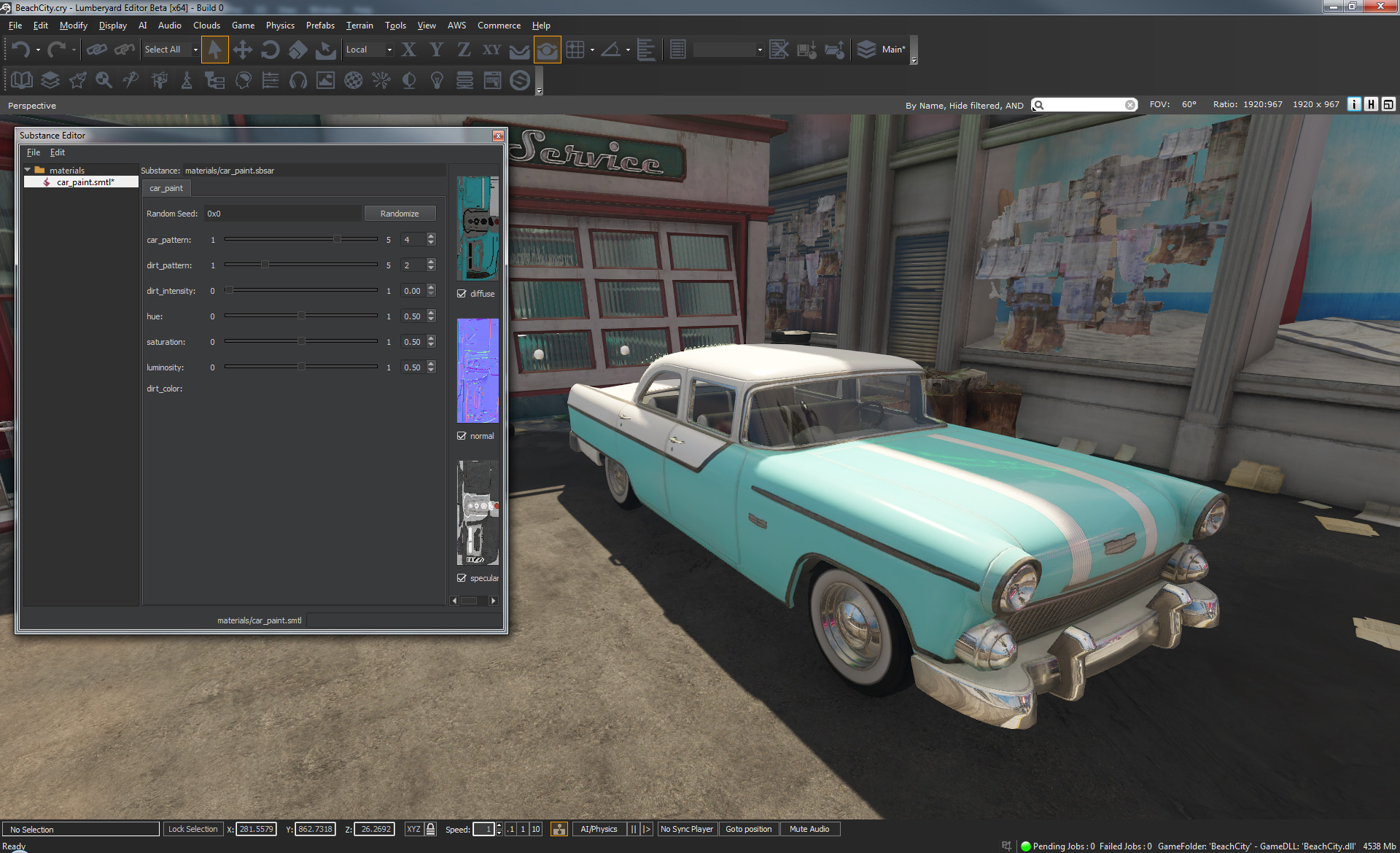 So how is Amazon actually making any money with this thing? The plan is to do so using Amazon Web Services for multiplayer support. That’s when you’ll have to start writing checks to Amazon, but with how AWS is integrated into the engine, it seems like it’s meant to be the default choice for games designed there. Also, Amazon is plugging how easily Twitch broadcasting tools can be implemented into games you make, so the engine will bolster that recent Amazon acquisition as well. Still, with no license fee or revenue sharing, I am curious to see how much money this will pull in for them.

Lumberyard has the potential to become a player in the industry almost instantly. This is a toolset that can design full AAA-level games, and Amazon has already worked out official tool deals with Sony and Microsoft, meaning Lumberyard-engine PS4 and Xbox One games are probably on the way as we speak.