I was pretty excited when I found out that I could build my own settlements in Fallout 4. Imagine combining both of my most cherished time sink games in one, the drool MUST FLOW. Anyhow when I first started out there were two places that you can immediately start your settlement, which is Sanctuary and the Red Rocket Truck Shop.

Sanctuary is big in terms of space; it is also where you get the basic tutorial of how to build a settlement and what to include so your people you know don’t die. The essential things are food, water and a place to sleep.

So with that basic knowledge, I waltzed on over to the nearest place outside of sanctuary which is the Red Rocket Truck Shop. I was stunned by the awesome sight of this broken down workshop, with its retro rocket and I told myself that this is gonna be my crib~

Is pretty much free caps and they replenish fairly quickly. Plus what you harvest does not affect the needs of your settlers. The most economical thing to plant and grow is mutfruit, with its chief advantage being that each plant can support a settler.

The giver of life, that is if you have a water purifier. They generate lots of water, up to 40 units, with the next best thing being that they also give pre water and chuck it in your workshop storage. Collect them up from time to time, it’s good for health recovery and also for caps. 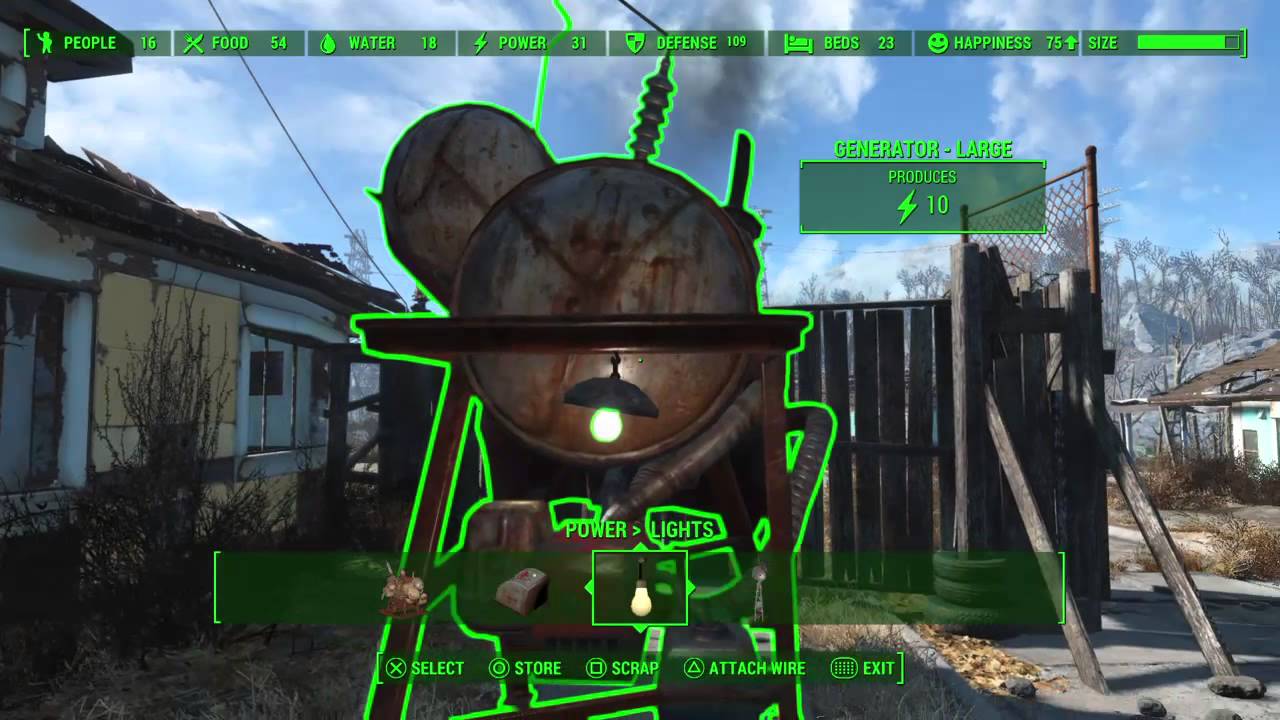 Is needed to make things work and keeps the Christmas lights on. It’s used for essentials and non-essential parts of the settlement. It would make for a great night market atmosphere but the sellers aren’t selling anything when the skies turn dark. 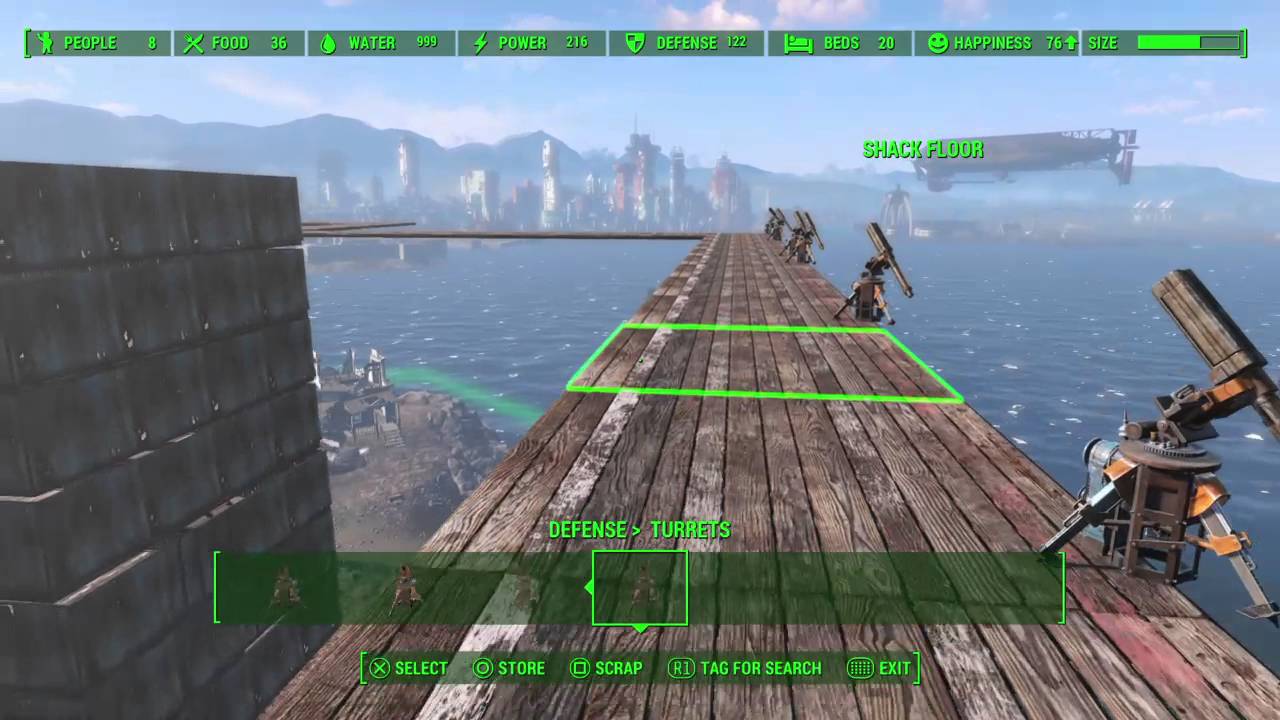 Is pretty much straightforward. They say that with enough defenses, the raiders won’t attack the settlement. Well, you need a fixed amount of defenses so that your settlement can grow but when you’ve reached your target amount you can always relieve some of your defenses.

Raiders will always continue to attack your settlement anyway. Raiders attacking are a good thing, they give you free ammunition, guns, armour, and junk for you to salvage. But be warned, if a supermutant raid party comes, take out their suicider first. It gets messy when they run into your settlement. Cater for fellow tired NPCs as well as yourself when you need to jump forward in time. This allows you to buy and sell stuff to the people who are supposed to be running shops that open for only fixed hours of the day. It’s also a great tool to steal, loot and plunder your own settlers but unfortunately, they are all as broke as you and have nothing of value to give. Unless the extra beds can cater to passing caravan traders, that would be a nice loot.

Would be something that I would just spam by putting pictures of cats on every empty wall that I can find in my gloomy settlement. Yes pictures of CATS, they fix everything from the depressed, mentally psychopathic individuals to the avid YouTubers that needed a quick fix before starting their job at 9AM in the morning.

More of my personal views on some things I find fun and also annoying are…..

It’s freaking hard to find! It’s like the bastards of this particular crafting materials hid them from the beginning of time in this damn apocalyptic world. The only place I find them, in the beginning, is by scrapping broken homes. Then I found out that you can get some from asphalt….wait….there was a cellar in Sanctuary which is filled with asphalt bricks and it cannot be scrapped! O well, found enough to build 3 water pumps to sustain 9 people.

Is one of the basic things needed to attract people to your settlement once you got the basic needs down. You would need a basic generator to power it up and spread my character’s sexy manly clueless voice to attract the ladies and create a Japanese style harem. The funny thing is that it was not my intention that all my settlers are women as they just came randomly. Now, to find them the right outfit…*Evil Grin*. 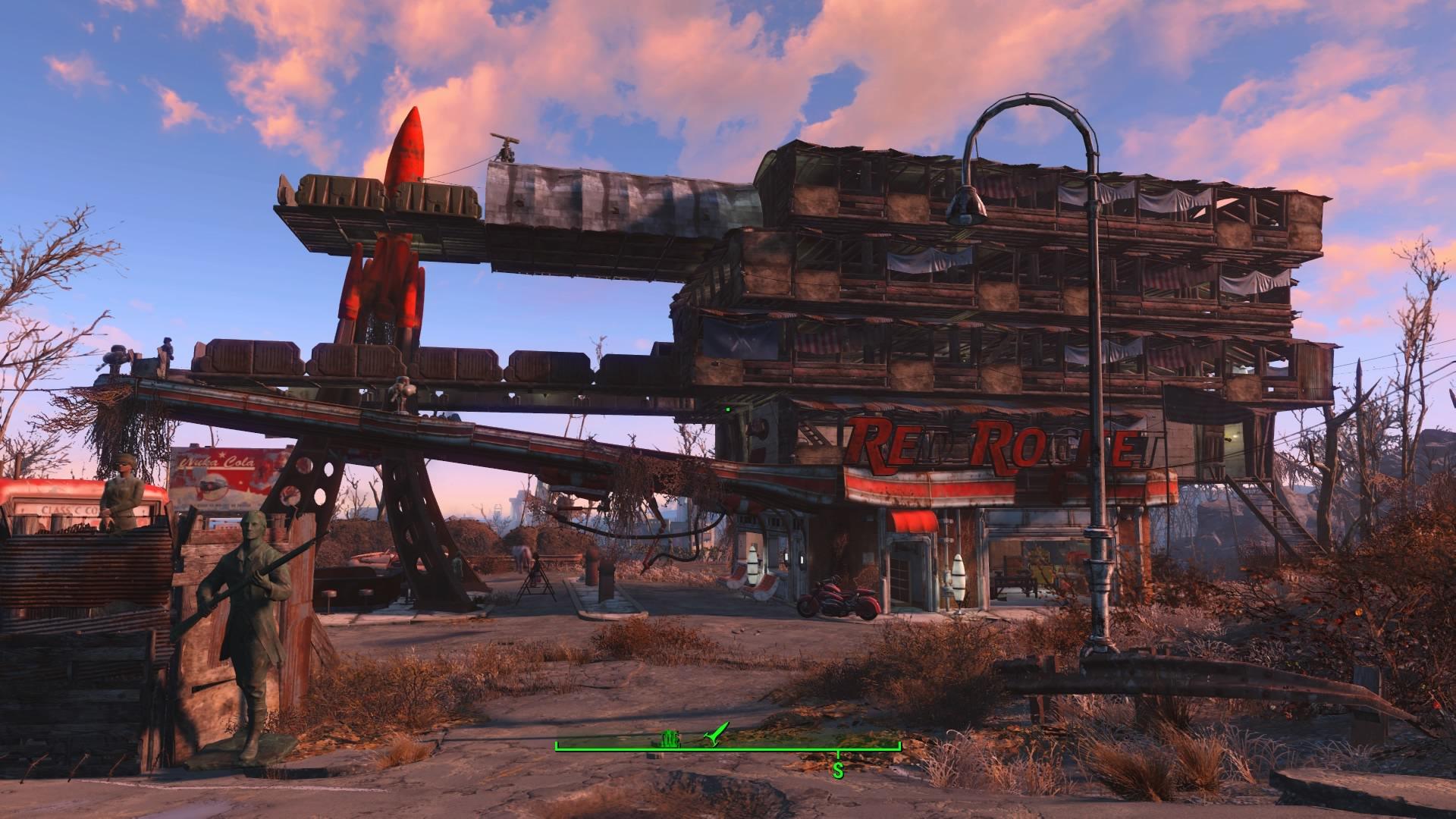 It’s like kissing a donkey’s ass and telling another man that it stinks. I soon came to realise that the Red Rocket Truck Shop is a crappy place that can’t support a huge population because of certain missing details. Like it has a small space (Well this can be remedied when you have tons of resources to build a sky village) and a puddle of water (which you need to build a water purifier that gives 40 water) 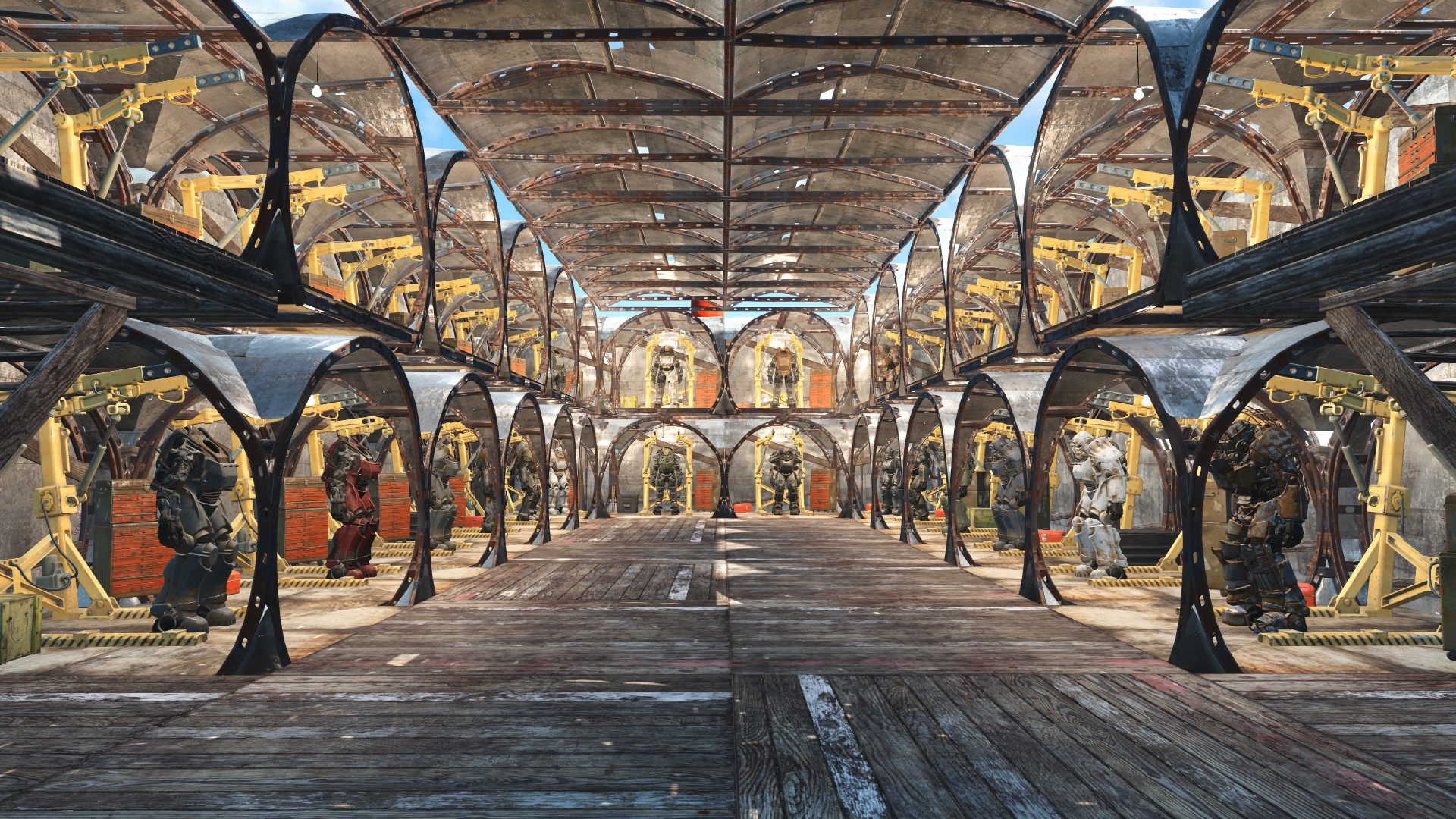 Are one of the best things you can have, the proverbial classic car collection in this burnt out world. I realise when you have many parked in your settlement, your settlers will hijack it and use it on attacking enemies…. something which i was not prepared for as the power suits are treated like my babies. Damn settlers scratching my paintjob!

They should add in more paintjobs for the game, I don’t mind scouring the whole of Commonwealth to collect these hot babies. Do remember however to remove the power cores if you leave them around the settlement. Wait…. I have an idea maybe equipping my entire settlement in Power Armor and create my own faction to replace the Brotherhood of Steel!

Is something I am still playing around with; currently, I have 18 and still growing. They said that each settlement has a cap of 10 settlers and any settlers that come in after that is affected by the charisma you have. Upon reaching the cap, people will be magically turned away from your settlement even if your place is a paradise compared to the cruel lands out there infested with giant roaches and mosquitos.