Amazon Underground by Amazon, for Android launches a revolutionary app store that has re-invented the monetization model for mobile games. Rather than paying for app downloads or in-app purchases, developers will get paid according to the amount of time customers spend using their apps.

Initially this seems a counter-intuitive way to make revenue from apps but the latest announcement from Amazon describes it as a win-win situation for Android users and for developers. 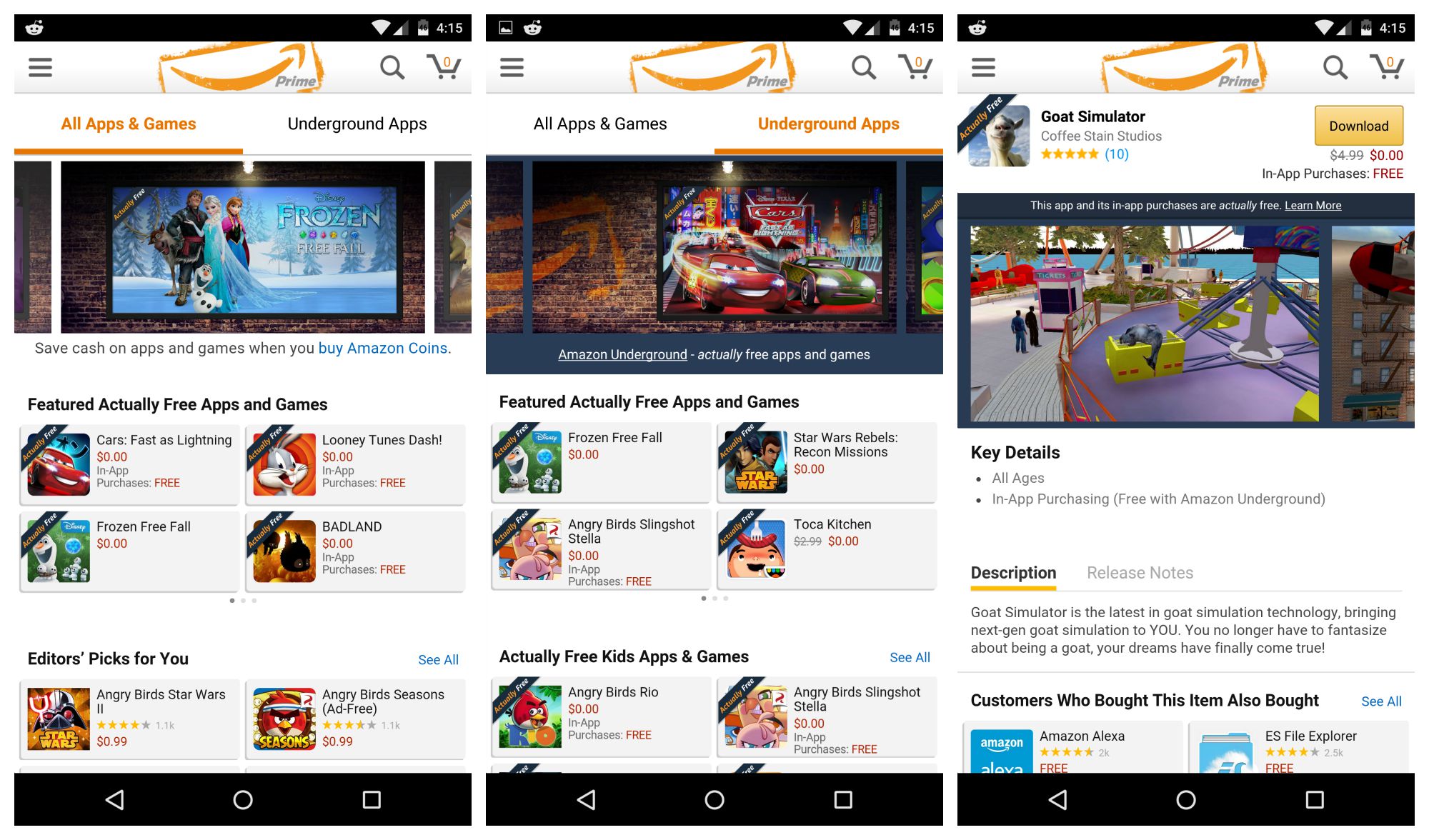 Dan Gray, Executive Producer of Monument Valley, one of the new additions since launch said: It’s always been our aim with Monument Valley to create a meaningful experience for all types of players. It’s great that there’s now a service in Amazon Underground that lets us reach millions of people that wouldn’t usually pay for games, without compromising the game design or its principles.”

Since its launch in August, Amazon Underground has tripled its titles today. It hosts some of the biggest mobile games such as Fruit Ninja, Jetpack Joyride, Angry Birds and even Monument Valley. The program’s library growth is a good sign, but it will be interesting to see whether it can entice other top-tier developers that make big bucks on in-app purchases to do business with Amazon. Notably absent are Supercell with Clash of Clans and Electronic Arts.

Right now it’s unsure whether Amazon Underground will catch on but currently, owners of Android devices that aren’t necessarily Amazon-branded can sign up for the program and pay for games on the company’s dime. That library will be a key component in bringing those who don’t own Amazon hardware to become loyal.

It’s all a way for Amazon to finally establish itself as a reliable and enticing portal for games — something it very clearly missed the boat on as it still lags behind Google Play and the Apple App Store. Tossing a little cash around in service of gamers could certainly help to accelerate that process.