An adorable simulation game that features owning and running your own weapon shop as potatoes?! Sign me up!

The game starts off interestingly enough with players having to balance conflicting choices when utilizing their potatoes including buying and selling weapons, making new weapons, research, resource gathering and even allowing their potatoes to go on vacation (I’m guessing this is a law from the spudtastic potato government).

The management mechanics are simple enough; just place a smith at the various stations, choose what you want them to do and let them do their starchy thang. Each of your smiths has different attributes and can increase one weapon stat over the other. For example, if you want a sword to have a lot of attack power but don’t care about speed, you can take a speed smith and put him at an attack station for a while.

Once your weapons have been crafted you can send a smith out to sell them to heroes, which opens up a whole new host of options. You can sell any weapon to any hero, but certain heroes benefit more from certain types of weapons (taters gonna tate am I right?). The shop’s fame and income only go up as heroes level up, and so it’s in your best interests to help the heroes level up as fast as possible, which means matching the appropriate weapons to the right heroes. 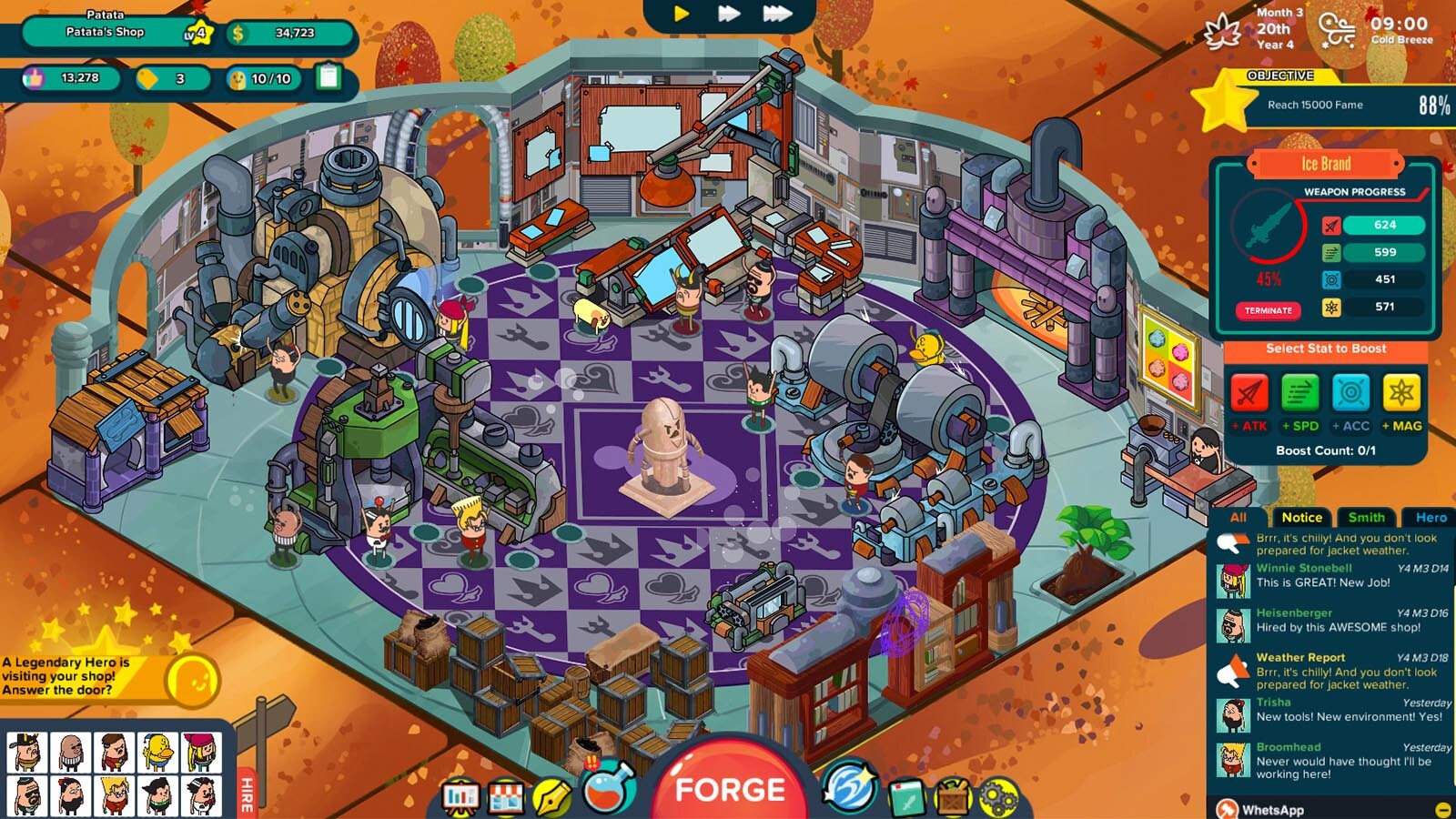 Eventually, you gain the ability to explore other areas, looking for crafting materials, enchanting materials for buffing weapons, or ancient relics used for researching new recipes. This is where the balancing comes in because you need to send out your potatoes to look for materials, but you also need to keep them in the shop making weapons. So either you can rotate your smiths outside of the shop, depending on the weapons being crafted, so if you’re making a wand the attack smith can go exploring. Now you know a little bit more about Holy Potatoes! A Weapon Shop?! so don’t be a spec-tate-r check it out on Steam for USD 14.99 or RM 30.

Holy Potatoes! A Weapon Shop?! was created by Daylight Studios a Singapore-based game development studio. The company has established their game distribution networks in the Greater China, Middle Eastern, and South East Asian Regions, so we’re expecting to see more games coming out of there soon!