What To Know Before Playing Fallout 4

Fallout 4 is here, and in classic Bethesda style, is an overwhelmingly huge, deep open-world sandbox with an incomprehensible amount of stuff to do, see and find. Despite being familiar to its predecessors in many ways, it’s bigger, funnier and more vibrant, with a lot of new systems to learn about and watch out for when you’re wandering the wastes of the Commonwealth.

So before you put on your explorer boots on read up on these top tips for survival in the 23rd century. 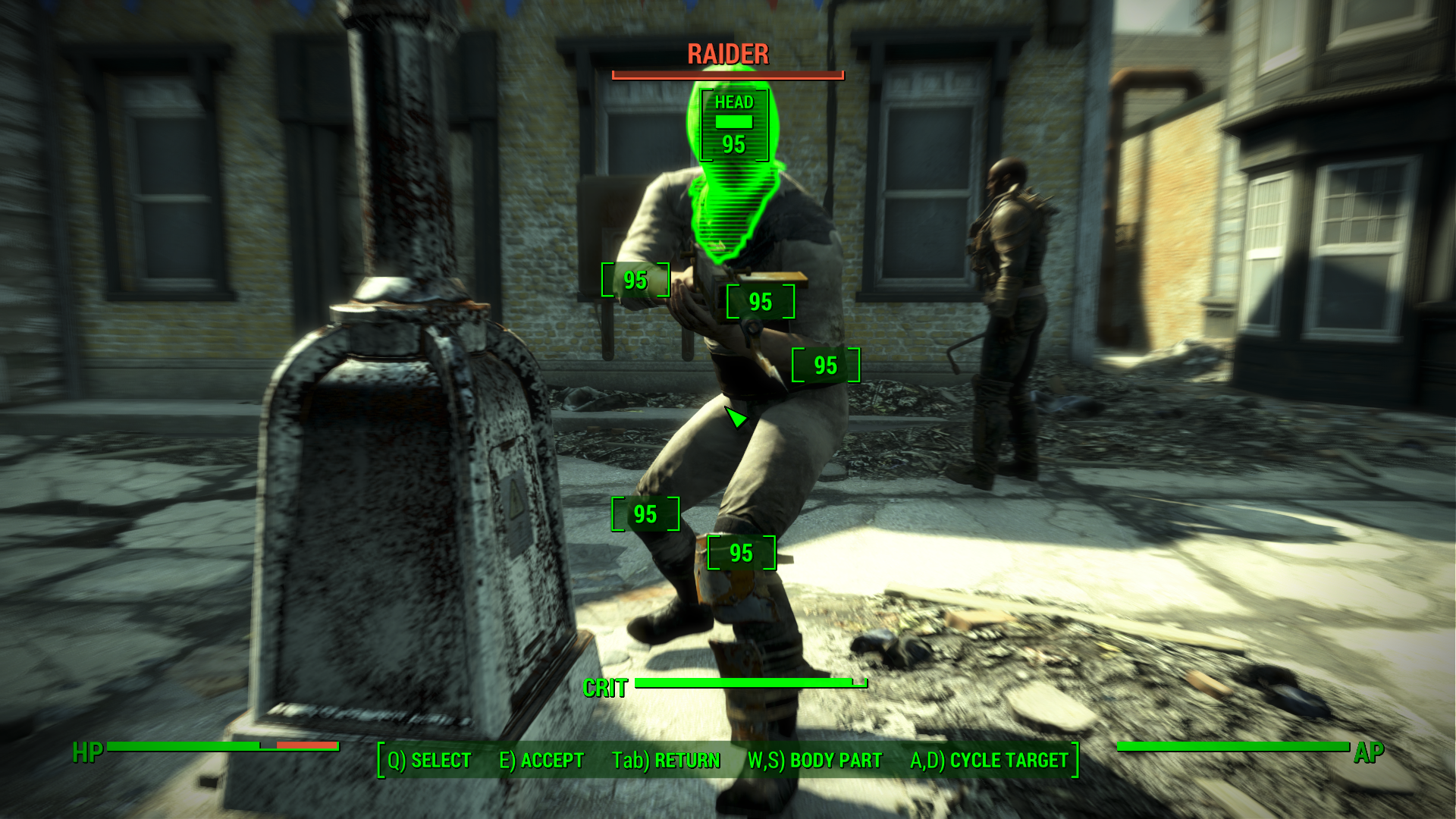 The Vault Assisted Targeting System (VATS) differentiates Fallout from any other shooter game. VATS will slow down the speed of the game and allow you to target specific limbs of an enemy; it also shows how successful a shot is going to be. So if you’re trying to shoot someone in the head, for example, but they’re hidden behind a wall, your chances of success will be 0%. It’s a great way to take advantage in a combat situation, though, and, more importantly, not be killed.

If you scrap the VATS system entirely you are going to burn through your ammo in a hurry. Shooting moving targets with practically no aim assist is really, really hard. I would stick to either shooting targets that are A) standing still, B) up close or preferably C) both if you’re not in VATS. Though I will say hip-firing did save me from a few terrifying Deathclaw charges, so it does have its place.

Activated by simply pressing Tab/L1/LB, VATS is controlled by the amount of Action Points (AP) you have, so make sure you’re not low on these before trying to use it. You’re best using it in conjunction with freeform gunplay, as mixing and matching the two is the surest way to success. 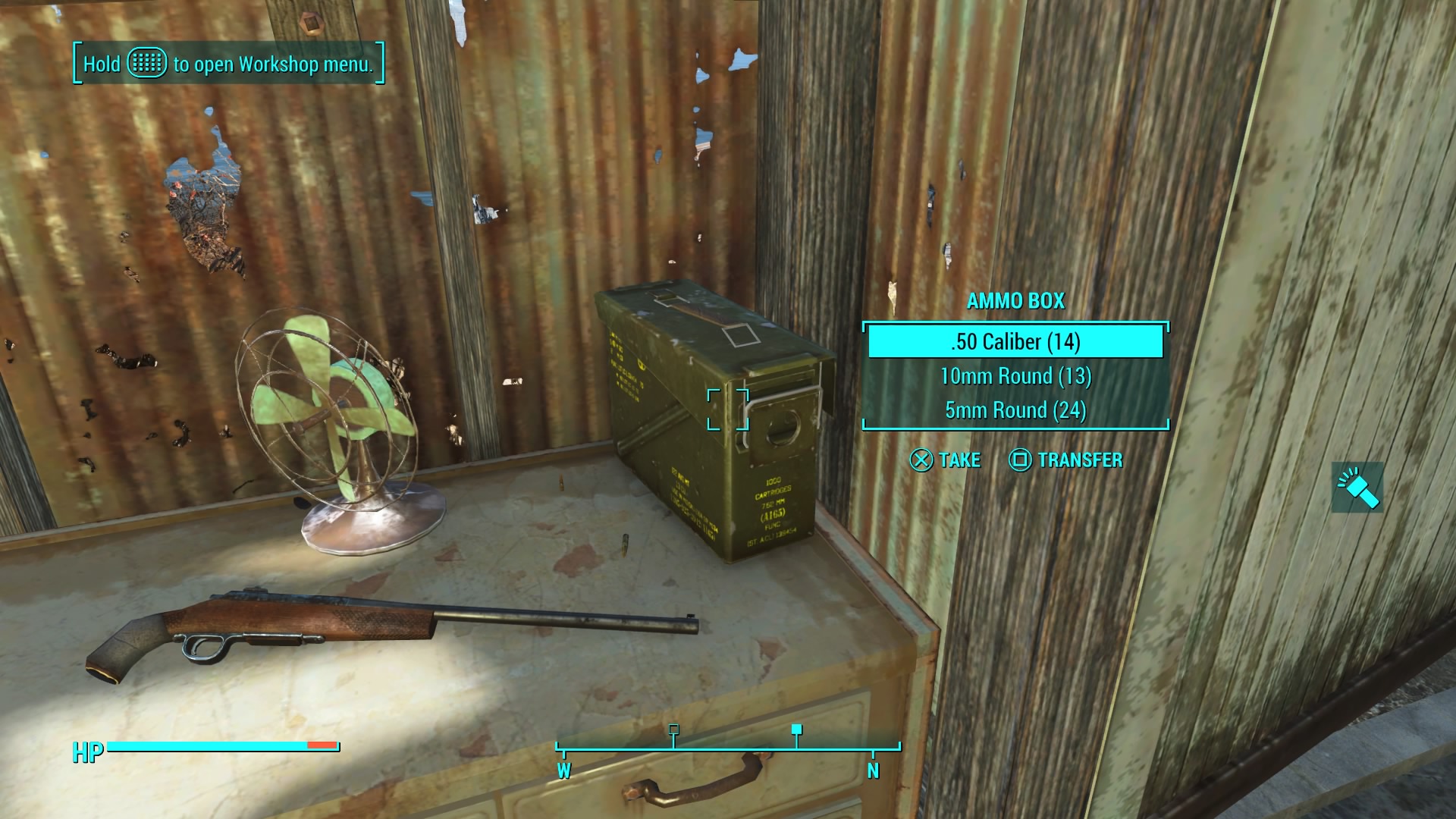 While you can buy ammo in Fallout 4, it costs a fortune and isn’t in very large supply. This, of course, is deliberate being that the world you’re exploring is a nuclear wasteland. Not only does this mean you shouldn’t fire off hundreds of bullets without thinking which way your gun is pointing, it’s another reason as to why you should rely on VATS. Choosing to be meticulous with your weapons is incredibly important.

Make sure to check every building you come across for extra ammunition, too. Given it’s such a sparse resource, Bethesda has made sure to hide some away in safes, boxes and the occasional locked room. With this in mind, leveling-up your lock-picking skills may come in handy.

Make sure you are using a wide variety of weapons that use different ammo types to avoid running out. For example, my character specialized in pistols, so at all times I had a .44, .45, .308, .38, 10MM and a Fuel Cell-shooting energy pistol on me at all times that I could flip to when I was running low. I also advise investing at least one or two points early in the “find ammo randomly” perk in the Luck tree, as it will bring in a heaping helping of extra ammo throughout the game. 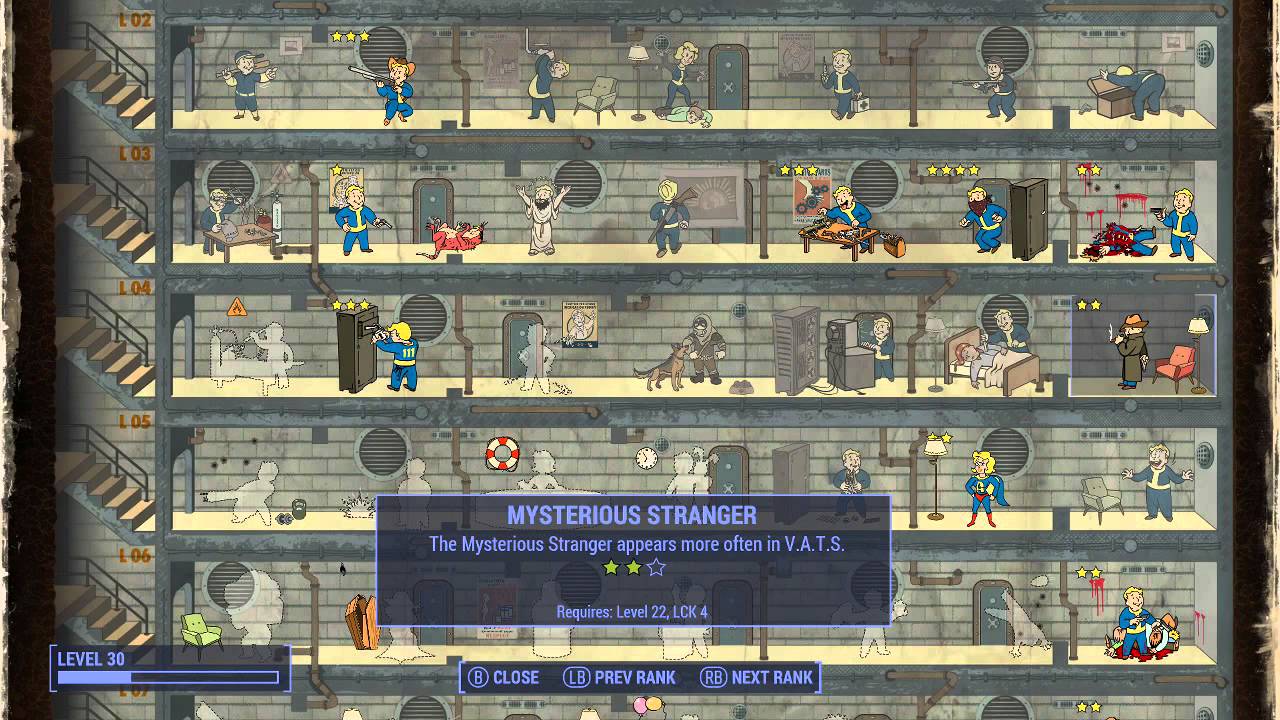 Everyone wants to be the badass, bullet-spewing gun master, but you really should considering putting some skill points into at least one of these three options.

My first choice is Lockpicking (in the Perception tree) because it can not only open doors to get you shortcuts, but also opens valuable safes and chests pretty much everywhere.

Fallout 4 isn’t just about shooting. With the right tools at your disposal, you can talk your way out of, and into, situations too. This all comes courtesy of the Charisma Perk. As well as giving you better prices when bartering – which means aforementioned bullets will be cheaper, along with guns and armour – it allows you to influence people you meet in The Commonwealth. This ranges from being able to extract information that can help with a quest to obtaining items you may not be able to get otherwise. Animals will also like you more and you’ll never get addicted to alcohol!

Last but not least of all is Luck, by far one of the best SPECIAL stats in Fallout 4. There are so many awesome things that Luck can bring you from faster critical hit charging, better loot drops, more caps/ammo, bonus critical damage, random exp, deflect bullets as well as a whole mess of other amazing perks. Seriously Luck is freaking amazing and should be an essential part of any build.

There are 13 companions available in Fallout 4 each with a different set of skills to help you on your way. For example, there’s Nick Valentine, who can gain access to areas out of your skill range, Piper who’s very good at winning people over and so much more as well as the cutest furry companion of all Dogmeat. You can only ever have one companion at a time, so make sure you pick one that suits your playstyle.

As important as it is to find a good companion do remember where you left your old companions. There’s no locator for them, as far as I can tell so the best way to avoid losing them is to park all your companions in one spot. Talk to them, tell them to follow you, then dismiss them if you don’t want them right now, and tell them to all head to the same place (your home Sanctuary base should be plenty roomy for them all). 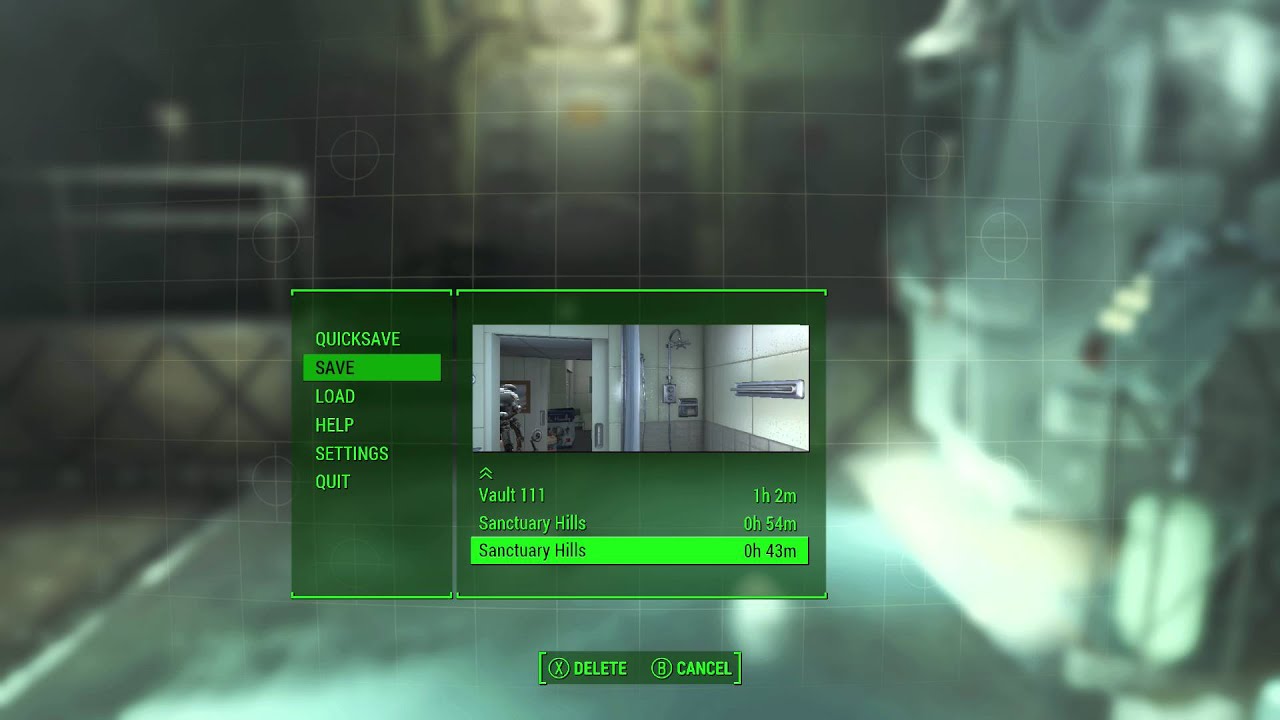 You can quicksave in Fallout 4 with pretty much two button presses, and I highly recommend using it whenever possible. The “checkpoints” in this game are really just autosaving when you fast travel or go to a new area. That means you can spend 20 minutes clearing out a vault of 100 ghouls, but if you die, you will start back at the beginning. I do it after pretty much every major fight, and sometimes in the middle of tough fights, so long as I’m in a relatively safe spot.

Unlike most games, Fallout 4 will let you quicksave as and when you please (unless you’re currently in combat). Given that you never know what could attack as you explore The Commonwealth, make sure you save as often as you can.

Not only will it allow you to go right back to the point at which you saved – rather than relying on the game’s autosave feature – it’s a great way to experiment in battle. Want to try out a new gun but afraid you’ll be killed instantly? Save, give it a go, and then return to where you once were.