Satoru Iwata was the former President of Nintendo from 2002 – 2015. His most notable contributions as President were the release of the Wii U, DS, and the Wii that became the 3rd most successful home console of all time behind the PlayStation and PlayStation 2 with over 100 million units sold. A programmer at heart; it was Iwata’s connection to gaming and his business acumen that made his tenure so fruitful for Nintendo. He was a great man and he’ll be remembered for his enthusiasm, passion and lightheartedness he brought to the business side of gaming. RIP Satoru Iwata.

Known by many as the “Godfather of survival horror” Shinji Mikami is responsible for the popularity of the gaming genre survival horror. He’s best known for the creation of Resident Evil, Mikami revolutionized horror in games by giving the gamer very little to work with. The scarcity of items (especially ammo) created a level of suspenseful tension, leading to a more thoughtful and intelligent approach. Fixed camera angles and a slower pace have become staples of the franchise; most recently Mikami released The Evil Within and demonstrated that survival horror is making a comeback in the AAA space with the Godfather himself leading the charge. 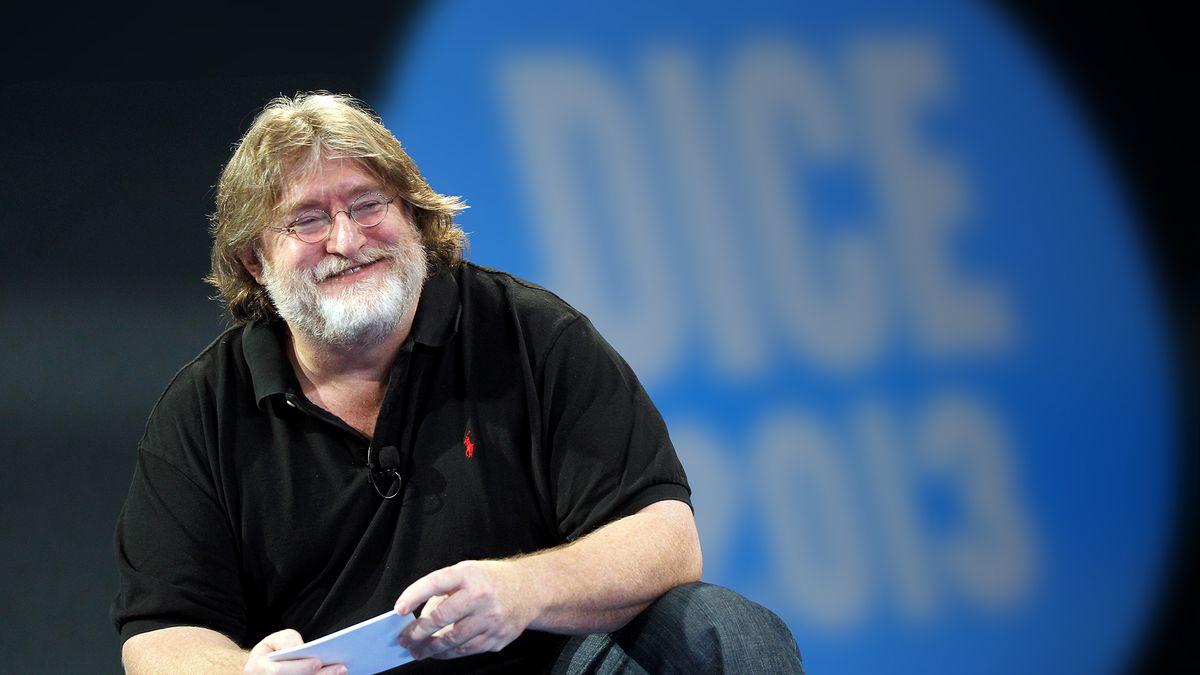 Gabe Newell is the head of Valve Software and creator of Steam, need I say more? Initially using its service to distribute self-published games, Valve’s Steam store has grown exponentially into the biggest leading distributor of digital PC games. With a catalogue consisting of Half-Life, Portal, Team Fortress, Counter Strike, Left for Dead to name a few, Valve has shown a high level of quality associated with its games and it’s hard to imagine where they would be without Gabe Newell at the helm. As well as creating games and a platform to sell them Steam has fostered a sense of community, with its Greenlight initiative looking to help indie games flourish. Newell has reshaped a large portion of the gaming market and streamlined its usage making him a special figurehead in the industry.

Known for his expertise in the less glamorous echelons of game creation, John Carmack made his name through his revolutionary approach to game programming. As one of the original founders of id Software he pioneered many successful franchises with Wolfenstein 3D, Doom and Quake to name a few. His advancements in programming from his implementation of Mega textures that allowed game environments to render more efficiently to realistic shadowing tech, id Software’s engine has been used by many other game developers and Carmack is to thank. Games would be far different without Carmack’s influence paving the way for new – easier techniques that saved time and power that have allowed his predecessors to build off his knowledge. We can only hazard a guess at how far behind the industry would be without Carmack’s knowhow.

All hail the sensai of JRPG, Hironobu Sakaguchi the mind behind the phenomenal game saga Final Fantasy. Leaving college early to start up Square, Sakaguchi has piloted arguably the most successful JRPG franchise ever. With the company in financial turmoil in the early 80’s Sakaguchi decided to emulate Dragon Quest’s huge success and struck gold, with many of the titles garnering critical acclaim. He was known for his hands on approach, and even directed a Final Fantasy film The Spirits Within. In 2003 Square merged into Square Enix, which saw Sakaguchi depart for Mistwalker; he continues developing games, most notably Blue Dragon and the Final Fantasy style Lost Odyssey that are both held in high regard. Sakaguchi raised the bar high for JRPG’s and very few have even come close to the level of innovation and scale that we have seen from his games. Ralph Baer is the creator of the first home console, the Magnavox Odyssey in 1966; Baer realized there was a market for games in the house. Years before arcades became a hit the Magnavox Odyssey was packaged with dice, scorecards and even poker chips transitioning the game space from board games to digital games. The console also had a light gun peripheral, The Shooting Gallery that used the light from television screens. Unfortunately, many gamers cheated the systems by firing it at light bulbs but it was a strong demonstration of what can be achieved with a technology. Baer’s initial inspiration has influenced gaming in a big way; who knows if we would be playing from the comfort of our sofas without him. 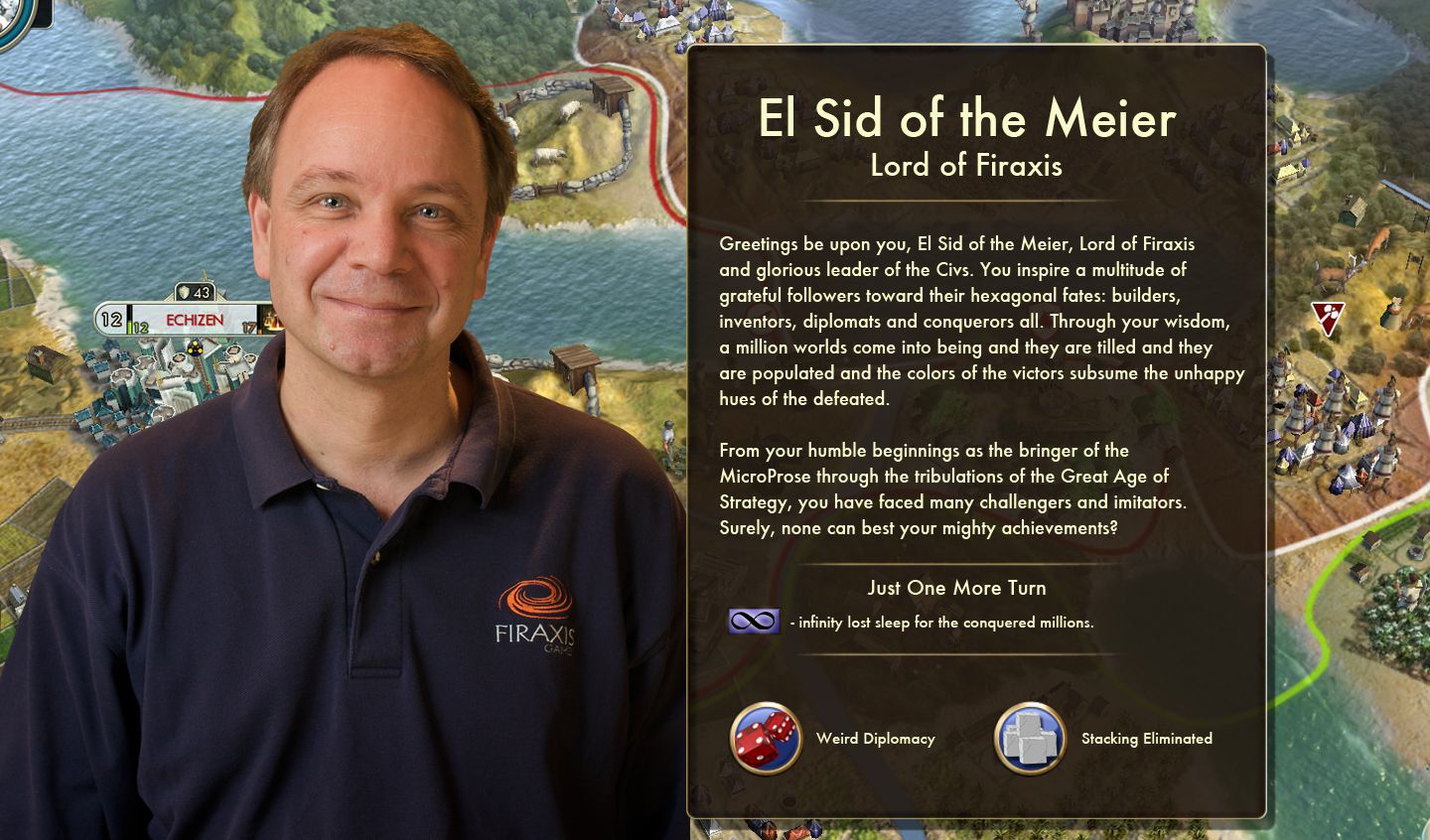 Sidney Meier the man that put Civilization on the map (no pun intended). Meier is a producer programmer, designer and co-founder of MicroProse in 1982. The company’s success grew developing simulations and in 1987 Sid Meier’s Pirates! was released. From Railroad Tycoon to Civilization, Meier’s endeavours have constantly sought to improve and innovate the simulation game space. Meier’s left MicroProse to found Firaxis Games and continues to produce new Civilization games. With a résumé consisting of over 40 titles, the expanse of work Meier produced is virtually unparalleled and his impact in a constantly changing industry continues to grow, a true veteran. 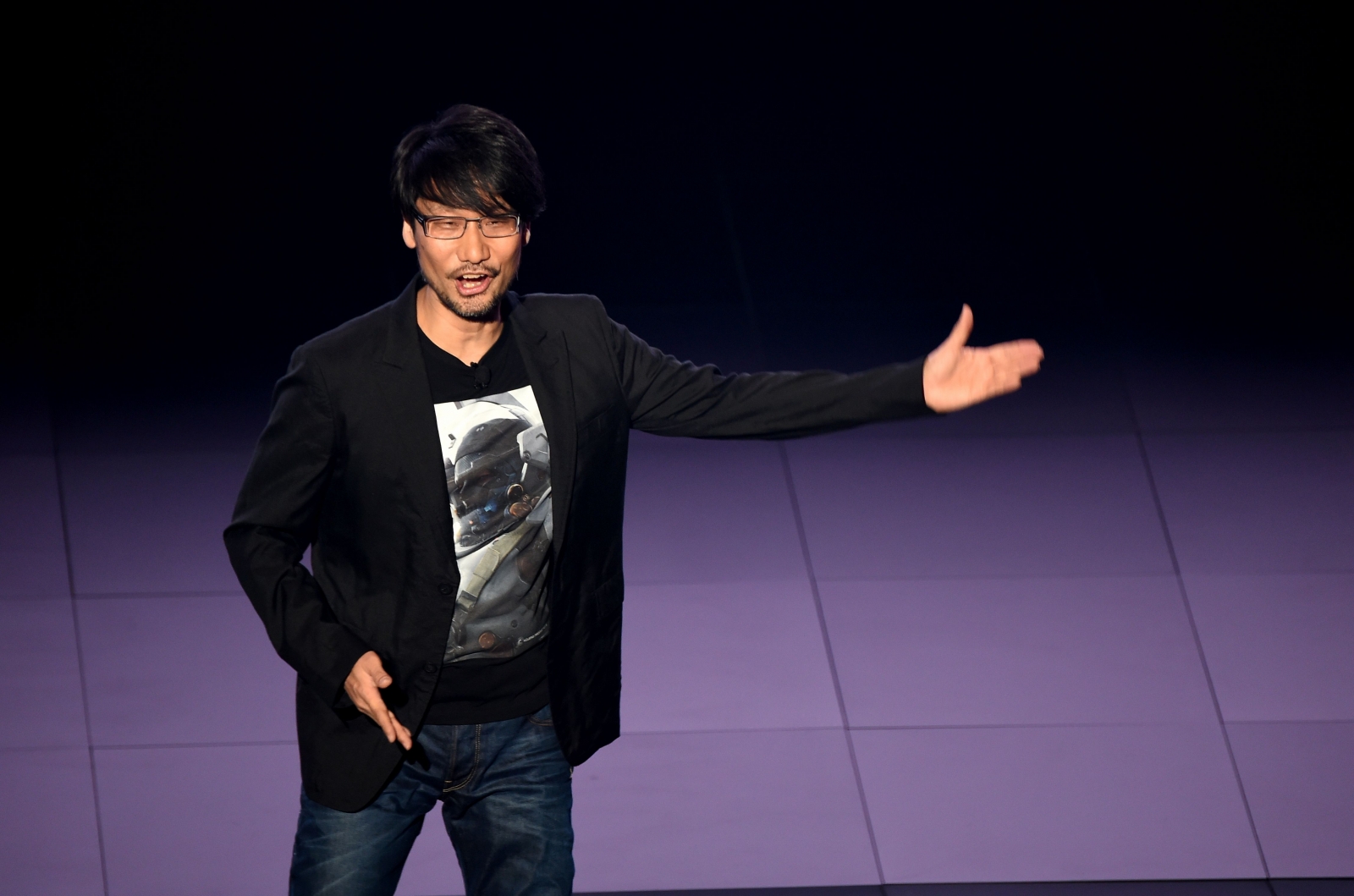 Hideo Kojima, the maverick and the mastermind, he’s been a solid fixture in the industry for over 20 years. Birthing the “Stealth action” genre, Kojima’s work with Konami has spawned huge success’ directing some of the most influential titles whilst setting an incredibly high bar for scope, design and innovation. His breakthrough title Metal Gear has paved the way for stealth games with many titles such as Splinter Cell, Thief and Tenchu to name a handful. The obscene storyline, ludicrous dialogue and sheer insanity of his work have made him one of the best storytellers in gaming. As well as Metal Gear, Kojima is responsible for directing the more recent Silent Hills teaser P.T, blowing the industry away. His grizzly departure from Konami surrounding the release of Metal Gear Solid: The Phantom Pain has sprung Kojima into the games media limelight and we are all unsure what his next marvellous escapade will be, but it’s bound to be brilliant. 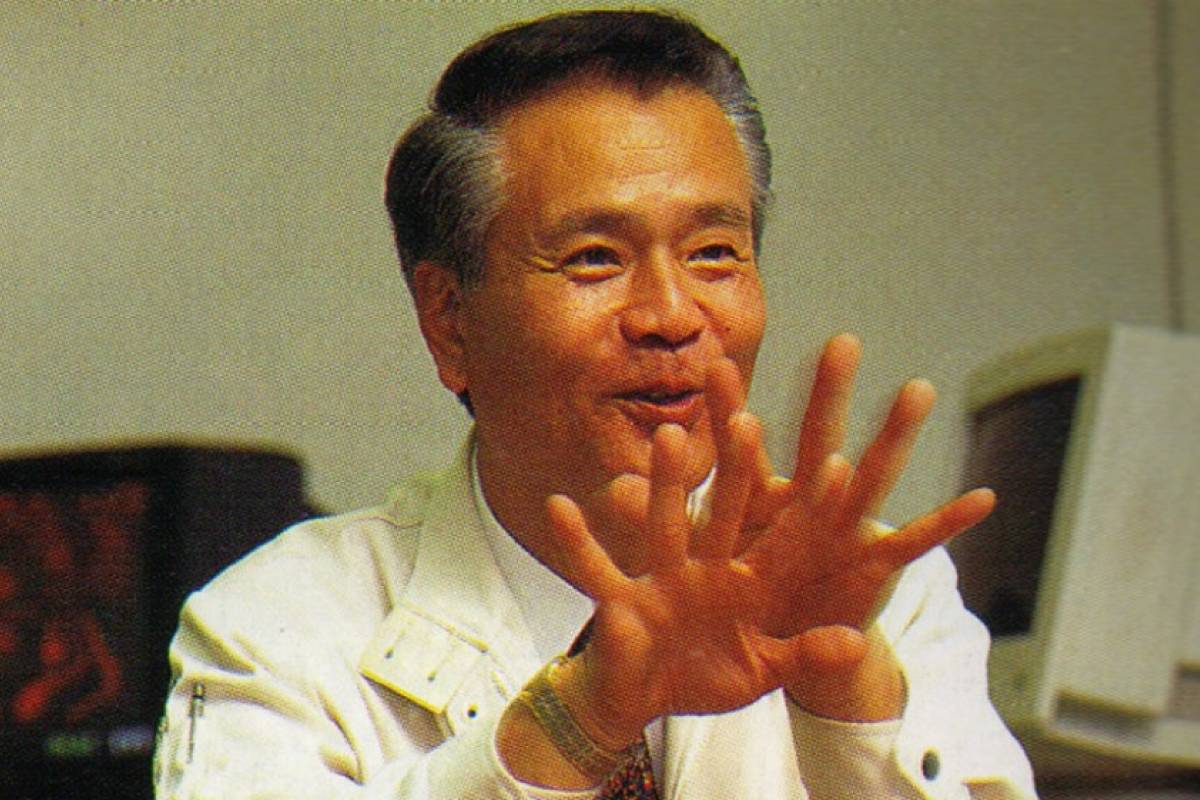 The inventor of Gameboy, Gunpei Yokoi was one of the unsung heroes that helped to define what the Nintendo brand is today. Yokoi helped to establish the mentality Nintendo adopted with their hardware market, with consoles prioritizing games over processing power, which lead to the huge success of the DS and Wii over their rivals. This move was one for the gamers making Nintendo’s consoles the core gamer’s consoles and laid the foundations for the company’s philosophy for years after. Yokio also designed the trusted D-Pad that is still used by the big three today in a climate where VR and voice control are becoming more prevalent – the design still holds up. As well as designing games Yokoi helped with the production of many titles most notably Kid Icarus and Metroid. Tragically Yokio was killed in a car accident in 1997, may he Rest In Peace. 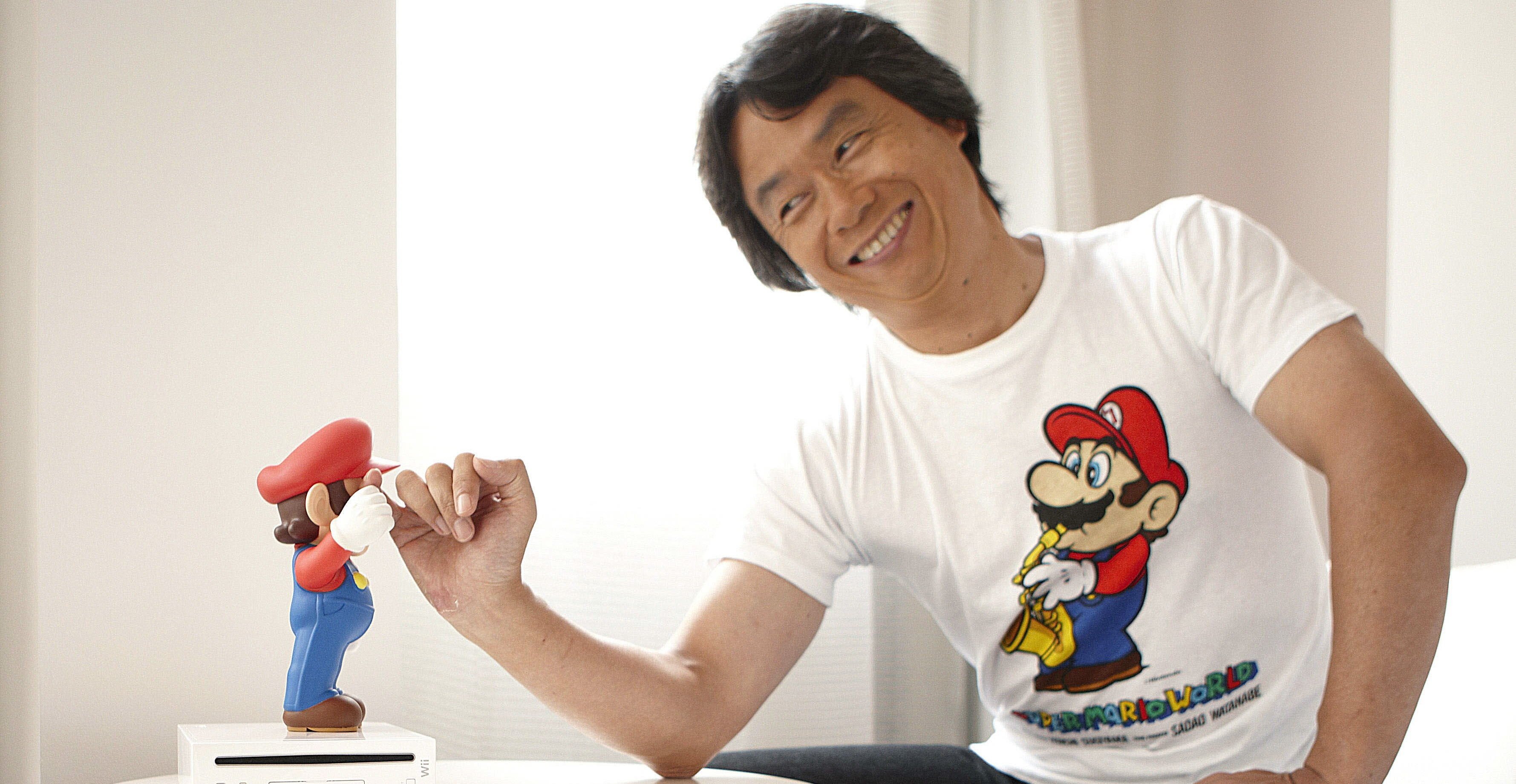 Shigeru Miyamoto. With Mario Brothers, Legend of Zelda and Donkey Kong just to name a small few on a titanic résumé; Miyamoto’s inspiration is Nintendo’s inspiration. The single mind of a special person has resulted in so many wonderful memories for millions of gamers. A man that has always pushed to innovate as Nintendo’s transition from 2D to 3D bore such fruit as Super Mario 64 and Legend of Zelda: Ocarina of Time hailed by many as the best video game of all time, Miyamoto’s influence stretches far. A true visionary and a genius, he has left his mark on video games in the way many great artists do, he hasn’t just created games but facilitated in what we believe a great game should be.

So there we have it the most influential people in gaming.  Leave a comment and let me know your favourite game designers!